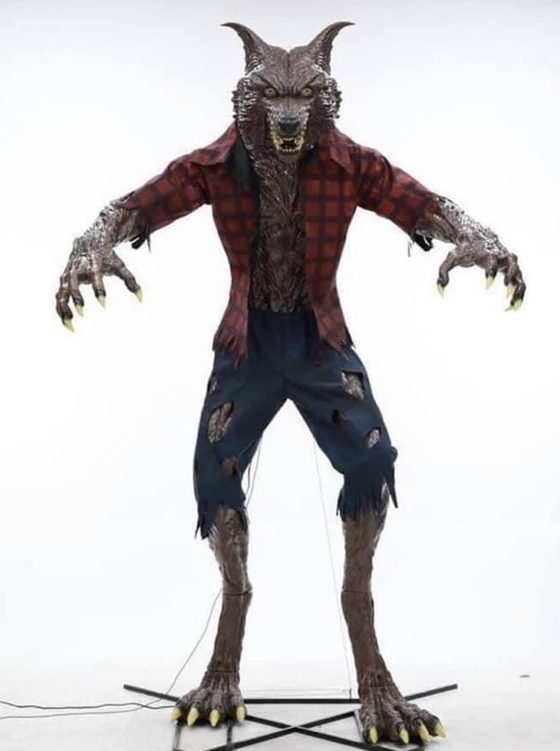 Imagine being lost in the woods after dark when suddenly you hear a wolf howl. You take off running only to run headfirst into a 12 foot tall werewolf! Sounds scary, right? Well, if the rumors are true we might just have a ten or twelve foot tall werewolf prop coming our way thanks to our friends at Home Depot. Nothing has been confirmed and the size of the prop is mere speculation at this point.

While nothing has been confirmed photos and videos have been making the rounds online about the oversized werewolf. According to legend, it was filmed in a Home Depot warehouse while they were filming vignettes for their upcoming Halloween props. Is it true? We will have to wait and see. Home Depot has really upped their game when it comes to Halloween. Five years ago you would find a handful of cheap props that broke as soon as you got them home. However, in the past few years Home Depot has featured over a dozen quality animatronics to turn your home into Halloween central.

Stay tuned. Home Dept typically reveals their Halloween props lineup in the mid to late summer. Keep your fingers crossed! There might just be a really big werewolf headed your way!