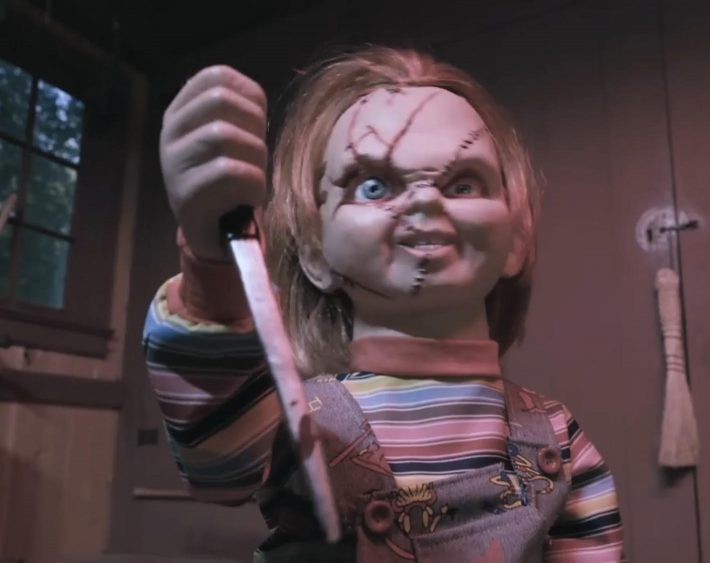 Halloween 2018 is almost here! And with a new Halloween season almost upon us we are starting to see new Halloween props trickle out. Spirit Halloween put out a teaser video a few days ago warning that something new was about to drop. Here is the teaser. 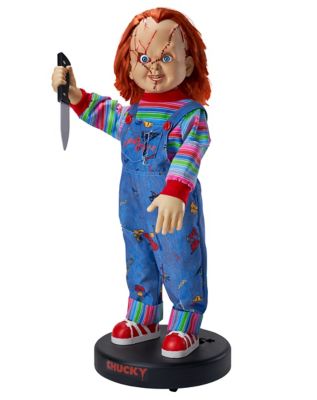 A true classic never goes out of style. Where will Chucky go next? This animatronic is … [More]

It looked a lot like Chucky was going to make an appearance at Spirit Halloween stores this year and they made it official when they dropped this video announcing his return on their Youtube account.

The animatronic Chucky is two feet tall and one foot wide, weighing in just under three pounds. The prop runs on four AA batteries (not included, of course) and is motion and sound activated. He says six different phrases when he is triggered.

Who the hell are you? Hahahaha.

A true classic never goes out of style. Now, sit back and learn from the master.

I don’t have a problem with killing. I like a little killing now and then. What’s wrong with that? Hahaha.

Now, the first thing we gotta do is get me out of this body once and for all.

When Chucky is on the prowl his head moves from side to side as he stalks his next victim.

I’m not a huge fan of the ‘Child’s Play’ movies but I know Chucky is very popular to horror movie buffs. At $109.99 the animated Chucky is reasonably priced and I expect Spirit Halloween will sell a lot of the props. Chucky is considered an oversized item and will cost an addition $20 to ship. As with most new Halloween props the Bump N Go Chucky is available for pre-order. He will arrive in mid-September so you will have Chucky in time for your Halloween party in October.

If you really like the Bump N Go Chucky I would advise you to go ahead and order him as soon as possible. Last year a lot of the popular props like the 7′ Evil Clown sold out in a few weeks and weren’t available in October when people were shopping for Halloween props for their haunts. You might be able to find one on eBay in late October but it will cost you a lot more than the suggested retail price at Spirit Halloween stores.