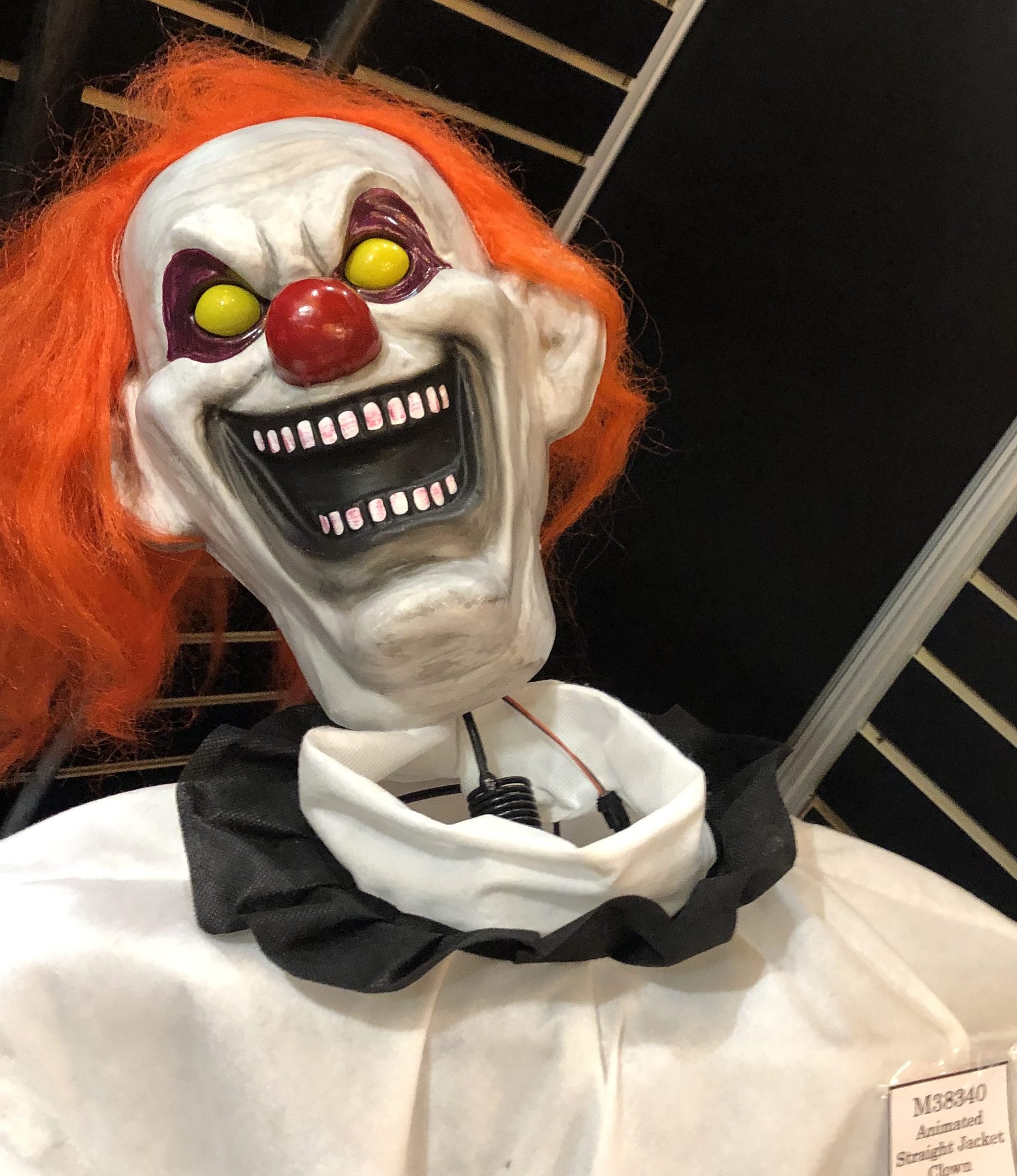 Clowns were everywhere at HauntCon this weekend. I think deep down the prop manufacturers are getting ready for the sequel to It this September and want to be ready when customers go wild for clown animatronics like they did in 2017. When “It” came out two years ago Spirit Halloween sold out of their 7′ Evil Clown prop in early September, just a few weeks after it went on sale. Hopefully this year everyone plans ahead and has plenty of creepy clowns in time for Halloween 2019.

As I was walking through the Morbid Enterprises booth in New Orleans I ran across the Animated Straight Jacket Clown that is new for 2019. The Straight Jacket Clown is pretty clever and is exactly what he says he is-a clown in a straight jacket. When activated the clown begins moving around in a circle as his head bobs back and forth. Clearly the poor guy wants out of his predicament but is confined to the straight jacket whether he likes it or not.

Check out the new prop in the video below.

It’s not really known what the Animatronic Straight Jacket Clown will sale for at retail but I imagine it will likely run around $149 to $179 depending on which store or website you find him.

I’m not super impressed with the Straight Jacket Clown. I think it’s a great concept but I really feel they should’ve fleshed him out a little to make him more realistic. I hate props that have nothing in the arms and looks super wimpy. I want my props to have a little meat on their bones. With that being said, I do think there is some value in the Straight Jacket Clown if you can find him at the right price. But that is just my opinion. Really it’s your call and if you find a prop you like-get it!

Like most new props the Straight Jacket Clown will likely go on sale in the summer and ship in late August.

Keep checking back. We have lots more to show you that is coming down the line in 2019.