New For 2021: Buzzsaw From Spirit Halloween 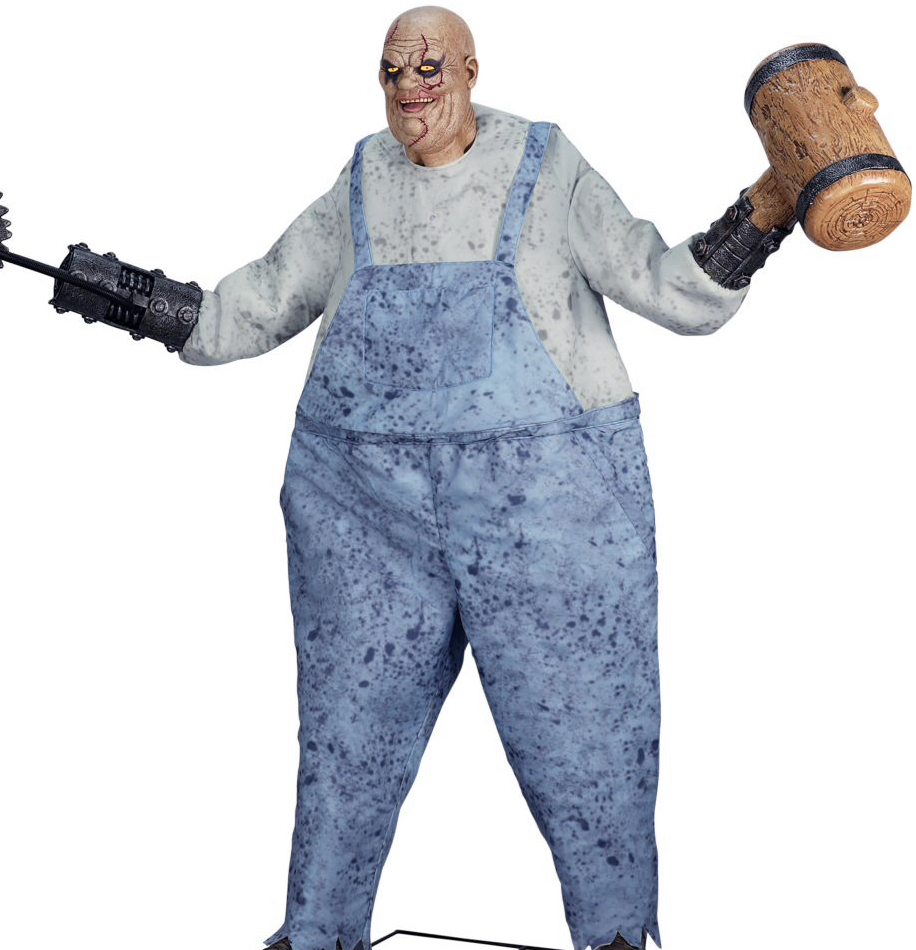 Every year you have that one Halloween prop that jumps out and demands that you bring it home. Well, this year I’m pretty sure Buzzsaw is that prop. When I first saw Buzzsaw on Spirit Halloween’s website, I instantly went to my phone and checked to see how much money I had in my bank account! If you haven’t seen Buzzsaw, please check out the video below and be sure to subscribe to our Youtube channel.

How cool is that? A former professional wrestler who has a mallet and a saw for hands! C’mon! That is awesome!

When activated by a step pad or sensor, Buzzsaw begins moving back and forth as his eyes start to glow yellow. His saw begins to move as he says the following phrases.

This might be the total package. Buzzsaw’s mouth even moves while he talks! That’s a big pet peeve of mine.

I can’t stress this enough. Don’t wait if you want to add Buzzsaw to your collection. The best props always sell out in September (sometimes August) and you don’t want to be left out in October. At $279.99 Buzzsaw isn’t cheap, but from what I’ve seen, he’s worth it.