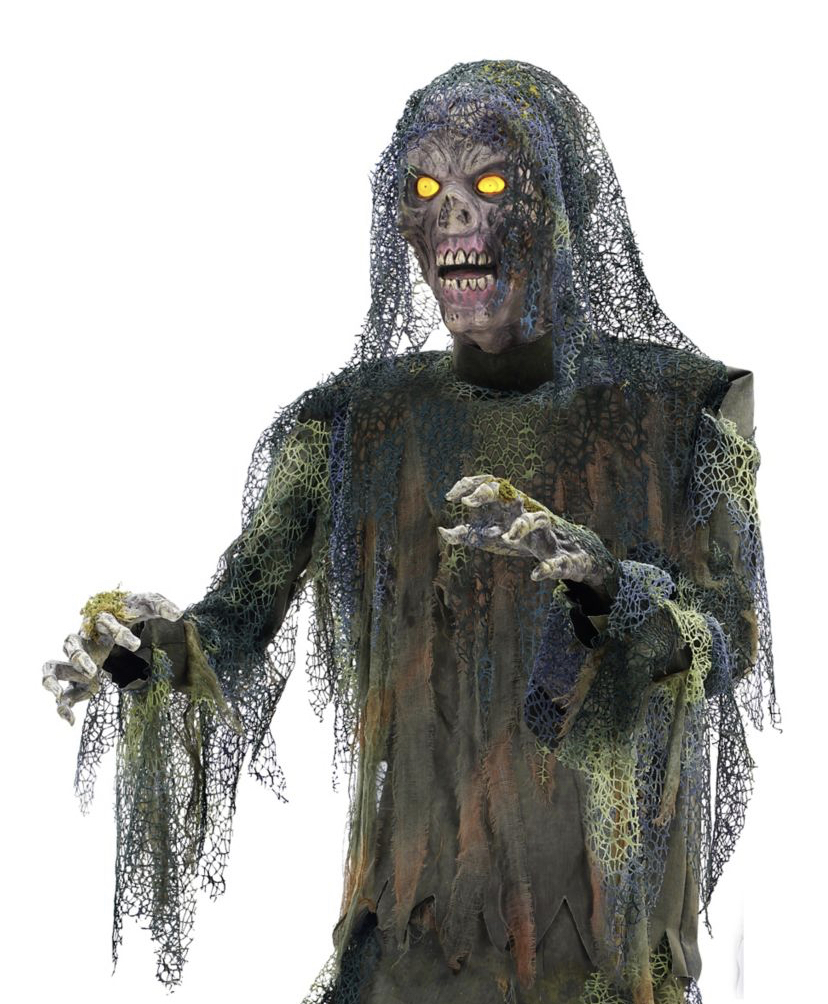 Who doesn’t love a cool zombie animatronic in October? Spirit Halloween is your hook up this year with their new Bog Zombie animatronic. This guy is great! If you aren’t familiar with the new zombie prop, please check out the video below.

In the 1930s, an evil headmaster ran a privately-owned orphanage known as The Bayou Children’s Home in Louisiana. He was said to be especially cruel, mistreating the children living under his care. That is, until one night in 1942. The children rose up against their evil caretaker and dragged his body to the nearby swamp, after which he was never seen again. The orphanage has since shuttered but, according to local lore, every year he still wanders the area on the anniversary of his disappearance. Having taken the form of a bloodthirsty zombie, he drags his decaying corpse from the water searching the wetlands for anything (actually, anyone) to feed his insatiable appetite.

From the deep dark swamps of the bayou comes the decaying Bog Zombie animatronic to feast on the flesh of those who dare cross his path. Just his stench and rotting skin alone is enough to make anyone squeal. This animatronic stands at six feet tall with a menacing set of yellow light-up LED eyes and a moving mouth that spews several bone-chilling moans and groans. Be careful not to get snatched when his torso comes to life and he tries to grab you with his set of swaying arms.

At $249.99 the Bog Zombie is reasonable priced, especially if you have a 20% promo code that will bring him down to $200 or so. He is an oversized prop and you will have to pay additional shipping fees. But at six foot tall, this guy is pretty impressive, and in my opinion, worth it!

Keep checking back. More stuff is on the way that you won’t want to miss!