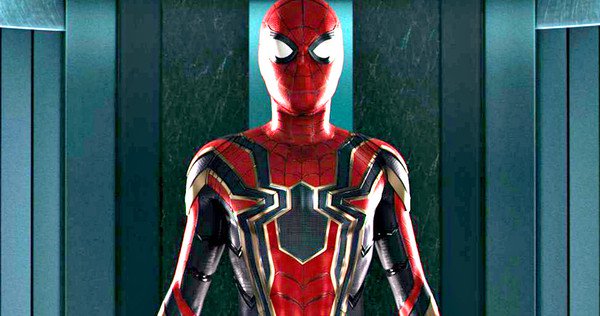 Everyone is pumped for Avengers: Infinity War this summer. Iron Man, Thor, Captain America, Hulk, Spider-Man and the gang are trying to prevent Thanos from destroying half the unviverse as he attempts to claim the Infinity Stones. This movie will be the biggest movie of the summer and Marvel is going to sell a ton of action figures and costumes when Halloween rolls around. Speaking of action figures, here’s the Spider-Man from Infinity War that every little boy is going to have to have after they see the film.

If you watched Spider-Man Homecoming you saw the Iron-Spider costume that Tony Stark made for Peter Parker in the film. Parker declined to join the Avengers and didn’t accept the suit at the end of the movie. Well, if you watched the trailer for Avengers: Infinity War you will notice Spider-Man is wearing the new costume as he tried to help Iron Man in his war against Thanos.

What really blew my mind when I discovered it is the CosPlay Life Spider-Man suit they created for the film. They have a great Infinity War Iron Spider Spider-Man costume that will be in demand. The suit is made from spandex and is basically a skin you wear. It’s available for $130 on Amazon.

The Iron Spider Spider-Man suit is made out of four way stretch Lycra fabric which is a blend of Spandex and Polyester. The fabric is made to stretch up to 4x its length and return to its original state. It is is fully sewn and ready to wear and covers you from head to toe. The mask is detachable and comes with with Homecoming Spider-Man Lenses attached to it. Along the back of the suit there is an invisible vertical zipper.

The only downside to wearing the spandex Iron Spider suit is that you will have to be in shape when you wear it. Sorry, the suit doesn’t come with a personal trainer. It’s hard to hide love handles and a beer belly in spandex. I would advise anyone who purchases it to start doing situps or crunches and cut out ice cream and cookies at least two months before you have to wear it.

If you are looking for an Infinity War Spider-Man costume for children they are available too. They are also a lot more affordable. Rubies makes a version that is around $50 that you can get on Amazon. It comes in Standard and Extra Large. For fifty bucks that’s not really bad.

Rubies also makes a child’s Infinity War Spider-Man suit as well. Like the adult Spider-Man suit it doesn’t come with gloves but still looks great. I imagine this costume will be one of the most popular this Halloween. It’s around $25-$30 on Amazon.

Halloween will be here before you know it. As with most popular Halloween costumes I’d advise you to get the new Spider-Man costume sooner rather than later. Typically the most popular costumes sell out in early October and you don’t want to have to dress up as Hawkeye do you?