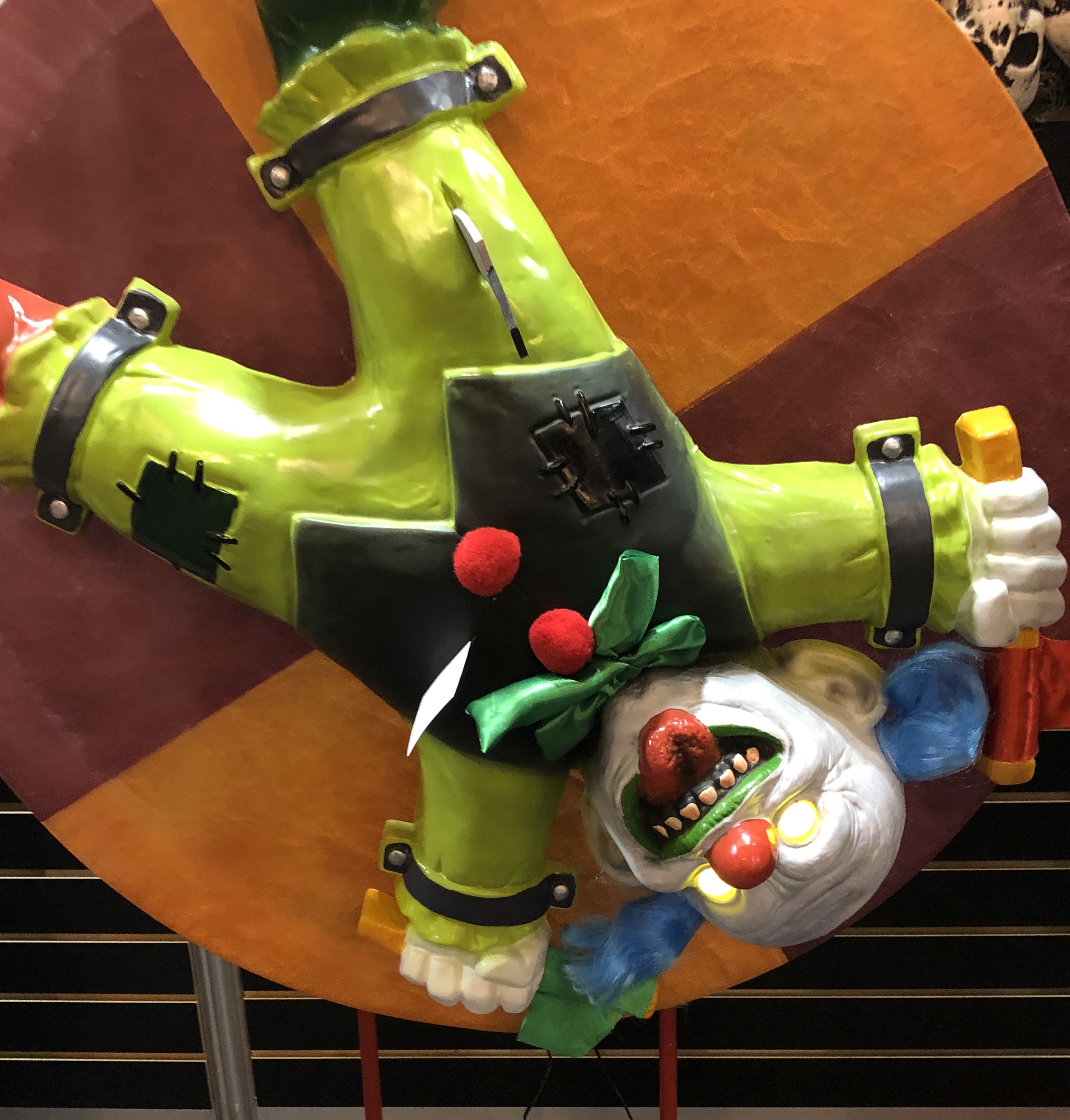 Just when you thought you have seen every clown Halloween prop imaginable Morbid Enterprises pulls an ace out of their sleeve. Last month at HauntCon Morbid rolled out their 2019 lineup and one of the things that jumped out at me was the Animated Wheel of Death.

Everyone loves clown props but no one has made one with a little clown on a spinning wheel before. Behold the Animated Wheel of Death prop in the video below.

I think this prop is actually really simple but very cool. It’s actually a very simple prop but it’s something that hasn’t been done yet on a small scale. I’ve seen large wheels of death that have clowns and other props on them but they are pretty elaborate and tend to run in the thousands of dollars. By keeping it small and simple Seasonal Visions has a fun prop that is actually affordable to home haunters.

Although the retail price of the Animated Wheel of Death is not yet known it’s thought that the prop will sell in the $149 to $179 range. As always, prices will vary between retailers and even if you find it cheaper chances are you will make up the difference in shipping fees.

Halloween will be here before you know it. Transworld is up next and we will get to see even more cool stuff next month!