Ten Halloween Props We Want To See in 2019 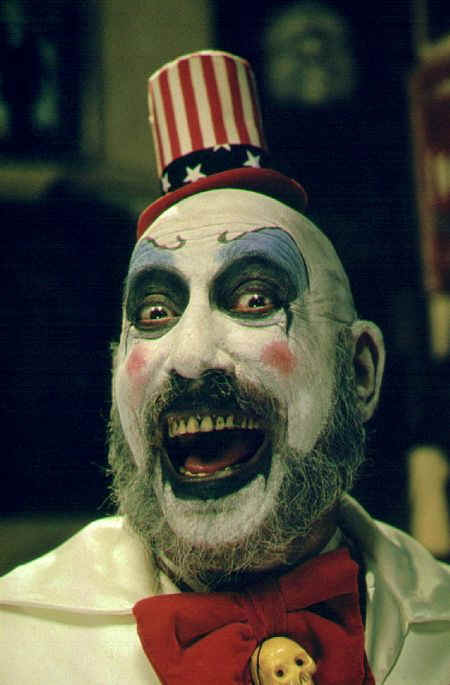 Now that Halloween 2018 has come and gone it’s time to start thinking about what is coming in 2019. In late January and early February we will start to see a lot of really cool Halloween props trickle out but until then here is a list of some props I’d like to see in 2019.

10. Bigfoot
I have never seen a Bigfoot prop in Spirit Halloween or Halloween Express. I have seen them at Distortions Unlimited and a few other high end prop makers but the majority of people in the United States can’t afford one for their haunts. I think there is a market for a Bigfoot prop and if someone like Morbid Enterprises or Seasonal Visions made one that was nice but affordable they would sell a ton of them.

9. Pinhead
Hellraiser is a must watch during October but for some reason no one has thought to make an a Pinhead animatronic prop. I’ve seen a nice static Pinhead prop but unless he moves and talks to me I’d rather hold onto my money. I think if someone made a Pinhead animated prop for Halloween 2019 they would be printing money.

8. The Joker
With the new Joker movie due out in October 2019 it only makes sense to release an animated Joker for Halloween too, right? In 2017 Morbid Enterprises introduced a Joker animatronic that they took around to trade shows. However, according to Morbid there wasn’t a lot of demand for the prop so they decided to not release him. I thought the animated Joker looked great but I didn’t get a vote. We’ll have to wait and see if Morbid brings him back out for 2019. Keep your fingers crossed.

7. Lurch
With the new animated The Addams Family film coming out in the summer of 2019 we could see a lot of new interest in the classic TV show/film franchise. And what better way to cash in possible merchandising opportunities? You have to roll out an animatronic member of the family for Halloween. I think Lurch would be a great Halloween prop. I’ve seen a lot of different variations of the creepy butler animatronic but no one has made one that is seven feet tall. As you may have already noticed seven tall clowns have been en vogue the past two years. Now if we can just someone to make a large butler prop that says, “You Rang?” I need to find out where I can send my money.

6. The Bent Neck Lady
The Haunting of Hill House was the sleeper hit of the fall in 2018 and ever since fans have been buzzing and clamoring for a second season. I’m not really sure how Netflix would pull off another season unless it was a prequel. But if someone bought the licensing rights and put out a Bent Neck Lady Halloween prop I imagine there would be a ton of demand from fans of the show.

5. Freddy Fazbear
Five Nights at Freddy’s has been atop the rankings in the iTunes App Store for years. Now with a movie that is supposedly in the works for 2019 I’d love to see some full size Freddy Fazbear animated props for Halloween. Morbid Enterprises released some 3′ animatronics in 2018 but they aren’t very scary and I wasn’t very impressed with the props. With a new movie the animatronic bear will find a whole new audience and I think a new improved prop would do very well.

4. Pennywise
With “It Chapter Two” due out in September 2019 I think we might finally get to see a really cool Pennywise prop coming down the pipe. Party City released one in 2018 but it looked cheap and wasn’t done very well. I think with the sequel coming out we might get an improved prop that will be available at Spirit Halloween for under $250.

3. Captain Spaulding
In 2019 Rob Zombie returns with a new movie, “3 From Hell”. The film will feature Otis, Baby and Captain Spaulding from “House of 1000 Corpses” and “The Devil’s Rejects”. Captain Spaulding is a great character and he could easily be turned into a Halloween prop. In fact, there are Captain Spaulding masks available online so you would think a prop wouldn’t be that hard to do. We will have to wait and see if someone will put one out next Halloween.

2. The Crooked Man
The Conjuring franchise has churned out a lot of memorable characters. “The Nun” and Annabelle have become iconic characters from the films and now there is another on the way. “The Crooked Man” is coming to theaters in 2019 and if he is anything like the other creepy bad guys from the previous movies I’m sure it will be a hit. Maybe we’ll get an animatronic too.

1. American Werewolf in London
Max Landis is revising his father’s film franchise in 2019 with a remake of “American Werewolf in London”. The werewolves in the movies aren’t your typical werewolves and I think there is room for a different kind of werewolf prop in stores. We’ve seen a lot of brown, gray and silver werewolves in recent years but a jet black one could do very well, especially if it coincides with the film’s release.