News and Reviews for Halloween Props, Costumes and Masks
2022 Halloween 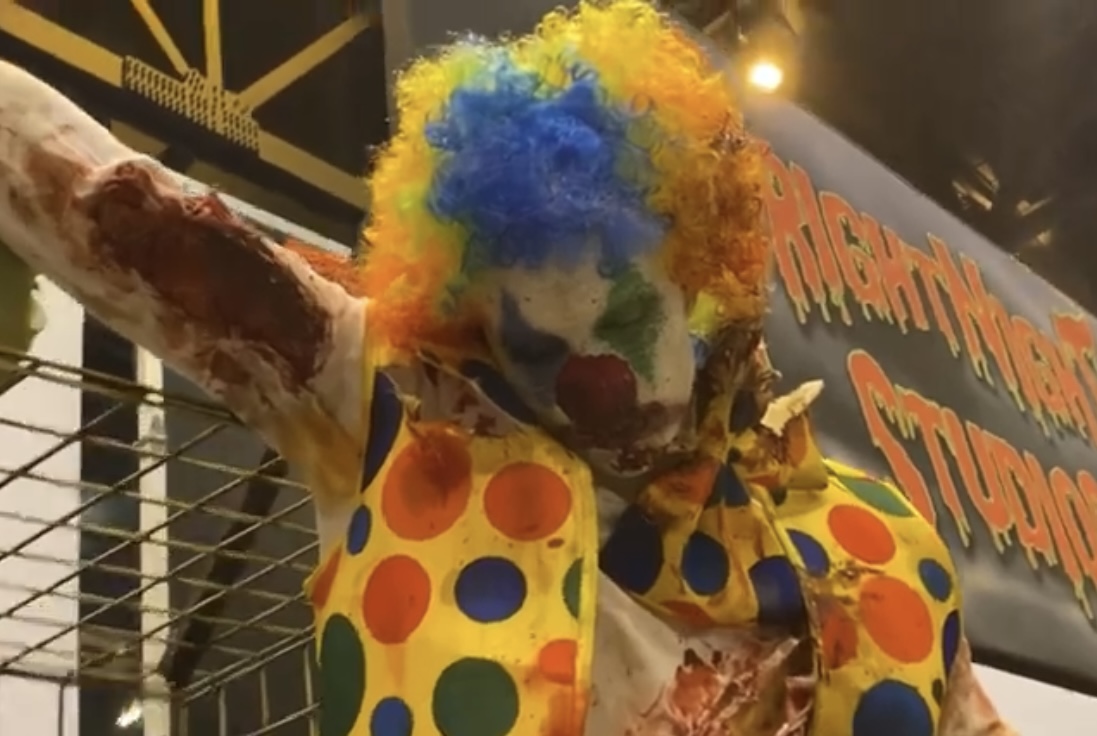 Nothing catches your eye better than a dead disembodied clown. And that’s exactly what I saw at Transworld 2022 in the Fright Night Studios. The poor clown seemed to have had a bad day and wound up missing his lower extremities before being put on display. Yet, the dead clown wasn’t the only cool thing I ran across in the Fright Night Studios booth. They also had other humans not dressed as clowns that had reached their demise by one way or another. Of course, their deaths weren’t from natural causes.

If you want to see all of their cool stuff, please check out the video below.

Walking through their booth one thing occurred to me. I never knew how eerie a woman’s head on a dartboard looked. They had roughly a dozen dartboards on display and each one was done extremely well. The attention to detail was really top notch. In addition to the darts in the head, a knife was also stuck in there too for good measure.

Another thing I thought was cool was the dead pig props. I never knew how creepy a dead pig was until I saw the two on display in the booth at Transworld. They also have dead possums and other animals too, I just didn’t have the heart to film them.

Fright Night Studios makes some of the best static props in the United States and you will find their stuff in not just haunted houses, but theme parks as well.

For more info on Fright Night Studios please visit their website. Also please subscribe to our YouTube page. We have a lot cool videos from Transworld and will be posting even more in the coming months. Halloween will be here very soon. If you are like me, I know you can’t wait too!