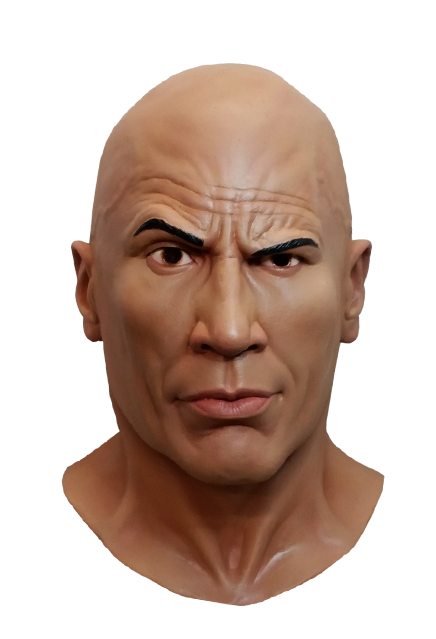 Have you ever wanted to lay the smack down on all the trick or treaters that come to your door? Now you can if ya smelllll what the Rock. Is. Cooking…. Trick or Treat Studios has a mask just for you. If you are a fan of Dwayne Johnson, or as he’s better known as, The Rock, you are going to love this. They’ve come up with a pretty amazing mask for Halloween 2018 that looks just like “The Great One”.

The Rock mask was designed by Russ Lukich and is very well done. The attention to detail is second to none and the first thing you notice is “The People’s Eyebrow” just like “The Great One” used to do on RAW right before he layed the smack down on Steve Austin or The Undertaker.

Trick Or Treat Studios announced The Rock mask is now available for pre-order last weekend on their Facebook page.

If there is one thing Trick or Treat Studios does well it’s professional wrestling masks. Check out their other masks featuring some of the legends in the WWE.

With Dwayne Johnson considering a Presidential run in 2020 this mask could be a collector’s item and might be even more popular should he decide to run against Trump in two years. Either way The Rock is one of the greatest WWE Superstars of all time and I know there will be a lot of fans who want to grab this mask and go as “The Great One” when Halloween rolls around in a few months.

The mask is only available for pre-order and will likely sell out. Like any new Halloween item you pre-order it will ship in August or September so it will arrive in time for October 31st. Hurry up, this mask could sell out and Halloween is right around the corner.