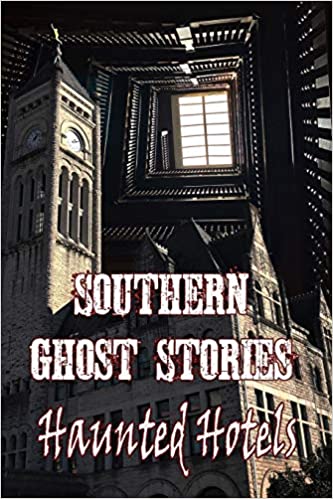 Who doesn’t love a good ghost story? And what’s better than staying at a haunted hotel while you are on vacation? Southern Ghost Stories: Haunted Hotels takes you to nine of the most haunted hotels in the southeast. From the Seelbach Hotel in Louisville, Kentucky to the Magnolia Mansion in New Orleans, Louisiana there are some creepy tales that stem from war, murder, disease and suicide!

Take for instance Union Station in Nashville, Tennessee. The ghost of a young woman named Abigail inhabits Room 711 as she waits for her love to return from war. But how did the young lady wind up taking up a permanent residency in the hotel? She found out her lover had died at war and jumped to the tracks in front of an oncoming train!

The Marshall House in Savannah, Georgia is another historic hotel. It was also a hospital for Union soldiers after General Sherman burned Atlanta and marched to the sea. Strange noises are often heard and the spirit of a nurse still comes to check on guests late at night!

Southern Ghost Stories: Haunted Hotels is only $3.99 for the Kindle version. It’s free if you subscribe to Kindle Unlimited! You will want to check this one out, especially if you love a good ghost story!