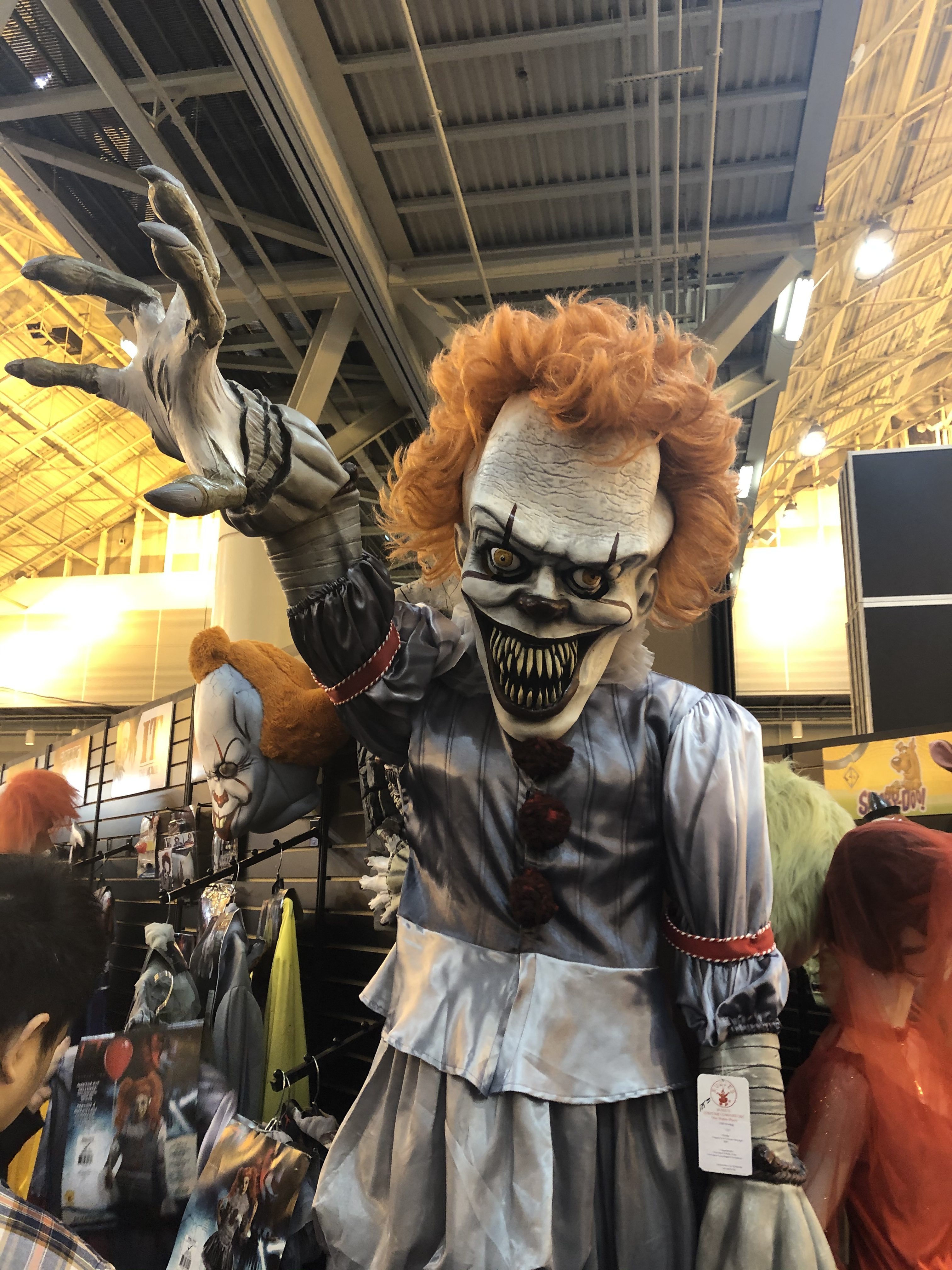 Everyone loves Pennywise and scary clowns. Ever since “It” came out a few years ago clowns have been en vogue every October. Even though we have seen the last of Pennywise on the silver screen I don’t see the demand for “The Dancing Clown” waning anytime soon. At HauntCon I stumbled across a new costume by Rubies. I was told it was called “The Creature Reacher”. According to the Rubies sales representative it was one of the most popular items in their booth this year in New Orleans.

The elaborate costume and mask can also serve as a static prop if you have a mannequin or a dummy you can put it on. According the sales rep he had been told that several people stopped by and ordered one just to turn into a static prop for their store.

If you love Pennywise “The Creature Reacher” is a must have. But I have to want you. The costume and mask do not come cheap. From what I saw the ensemble will likely run $249 to $349 depending on where you find him. I know it seems really expensive but Rubies is known for the high quality and the costume and mask should last for a long time.

Lots of great stuff is still coming down the line. Check back as we have more and more stuff to share with you from the massive Halloween convention in New Orleans last week.