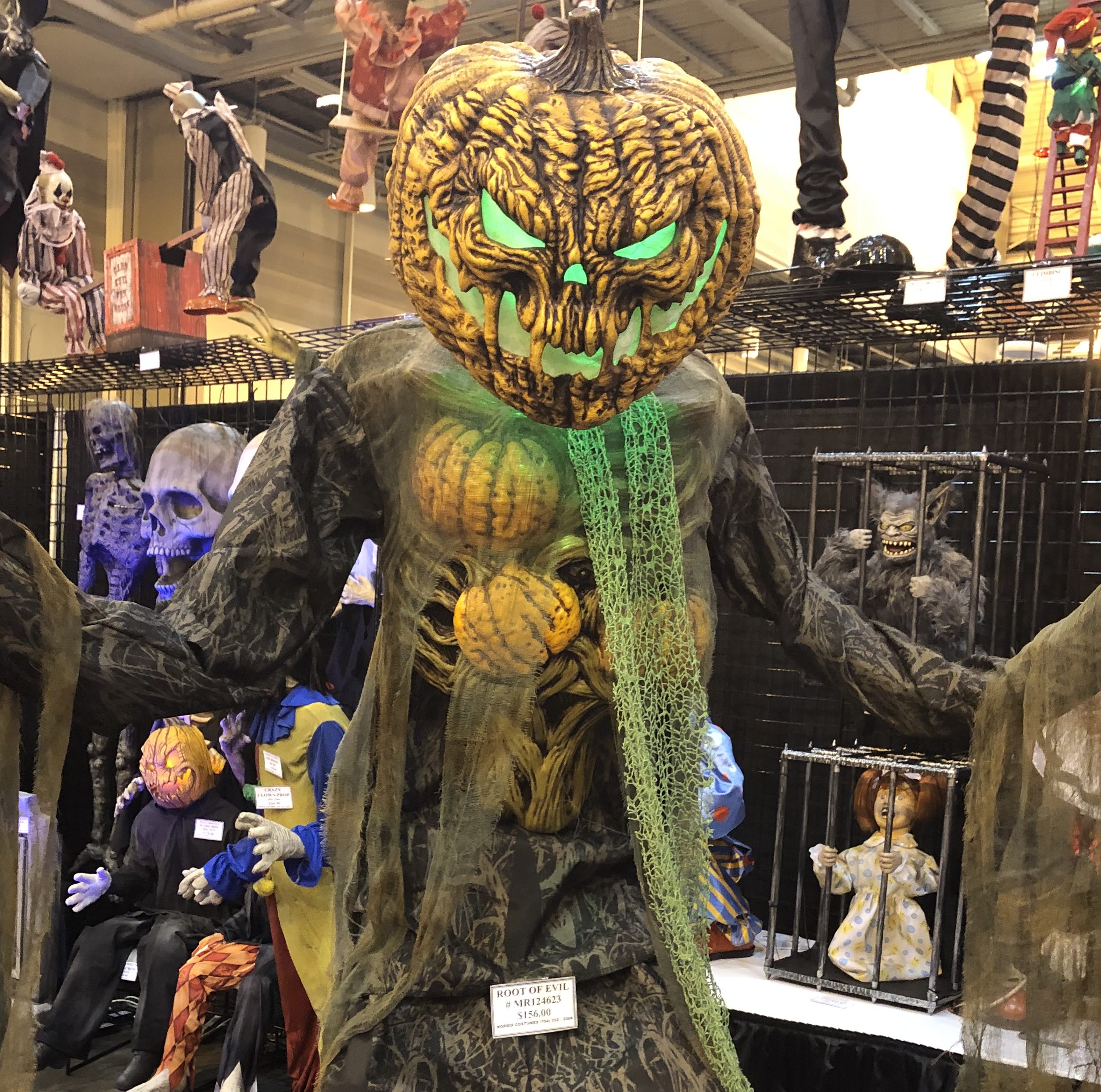 HauntCon 2019 saw a bevy of new Halloween props from some of the top animatronic manufacturers such as Morris Costumes (Seasonal Visions). And we have shown you several of the hot new clown animatronics but you should know, clowns weren’t the only things on display. There were other things like the Root of Evil animated prop.

Here is the video from New Orleans.

The Root of Evil animatronic is a hybrid of the Deadly Roots prop as well as the Scorched Scarecrow. The prop appears to be a plant from the bottom up but appears to be an evil Great Pumpkin when you get to the head. It’s a little eery if you are into pumpkin props. I’m not really a fan of scary pumpkin props but I do know there are some people who like them.

The Root of Evil will likely run from $249 to $299 depending on which retailer you find him in. You might be able to find the prop a little cheaper online but when you pay for shipping you won’t likely save a lot of money.

New Halloween props typically go on sale during the summer but don’t generally ship until late August. If you find something you like it’s always best to buy it early since popular Halloween props have historically been sold out by mid-September.

Halloween will be here before you know it! I can hardly wait.