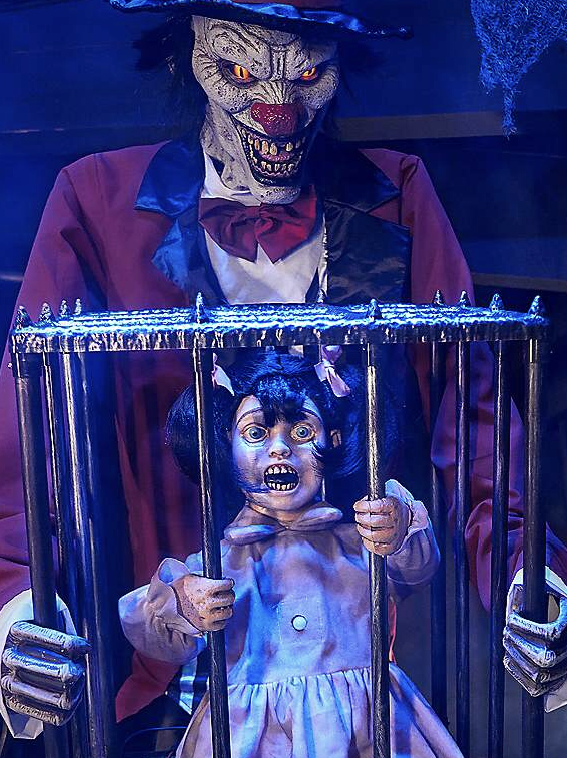 Spirit Halloween is gearing up for Halloween 2019. They’ve slowly been dropping props from last year that will be returning this year and we got a tease of things to come when they dropped the Terror Dogs from Ghostbusters two weeks ago. Today they’ve released the next prop in the 2019 lineup, Rotten Ringmaster. Here’s a peak at the Ringmaster in action. 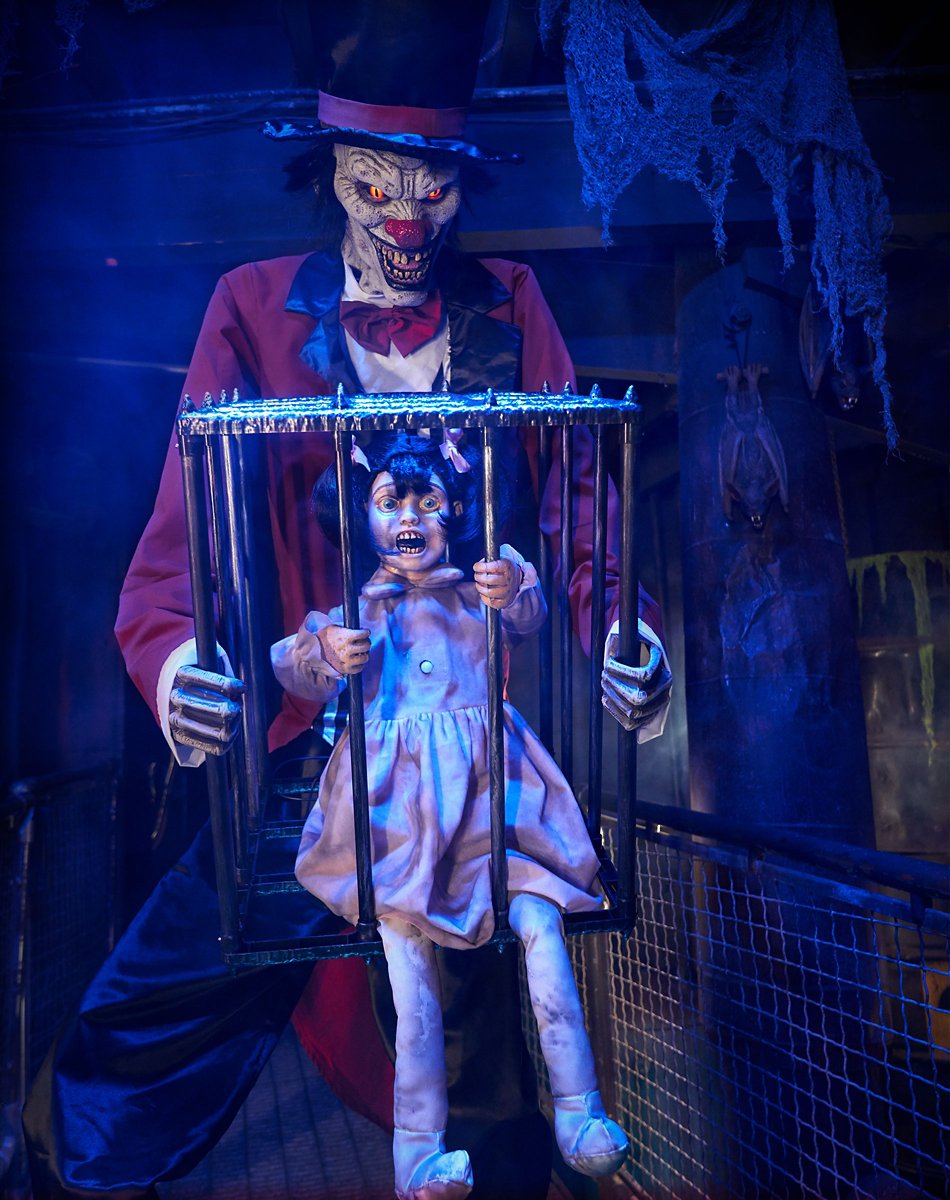 You always hear stories about the creepy clowns, but no one ever talks about the rotten… [More]

If Rotten Ringmaster looks familiar it’s because we’ve seen him, only in a slightly different variation. He was originally introduced as Psycho Circus Cagey the Clown prop at HauntCon in January from Seasonal Visions that is available at Halloween Express. The only difference was he had a little clown inside the cage instead of a little girl.

When activated Rotten Ringmaster will move from side to side and his mouth moves as he says several different phrases.

(Child screams.) My little friend here had dreams of joining the circus where all of her wishes would come true. How’s that working out for ya? Ha ha ha ha (Child screams.)

Ah the relaxing life under the big top. You’ll never be the same after joining the carnie. Just look at this one here: Young, carefree. She has her whole life ahead of her. After a few years of being stuck in a cage, she’ll be lucky to get out alive. Ha ha ha ha. (Child screams.)

I saw this one and thought that she would have a great future in the circus. She’d be perfect as bait for the lions. And she does have a great scream! (Child screams.) See! If anything, she sure does make me laugh. Hahaha.

The Rotten Ringmaster stands exactly seven feet tall and is super-imposing. You have to love big clown props. I know I do.

The only downside to the Ringmaster animatronic is the price point. At $349 the prop is one of the most expensive Spirit Halloween has done in recent years. However, you can usually find a 20% off coupon that will bring the price down to around $275. The Rotten Ringmaster is considered an oversized prop and will run around $40 for shipping and handling.

Like all new props the Ringmaster won’t ship util late July. But don’t worry you will still get it in plenty of time for Halloween. I know I say this a lot, but if you like the Ringmaster please be sure to get him sooner rather than later. The sequel to “It” will be coming out in September and Spirit Halloween will likely run out of their clown props before October.

Be sure to check out our Animatronic Halloween Store to see what’s new for 2019!

Halloween will be here before you know it and Spirit Halloween will have a lot more cool stuff coming out in the next few weeks. Keep checking back!