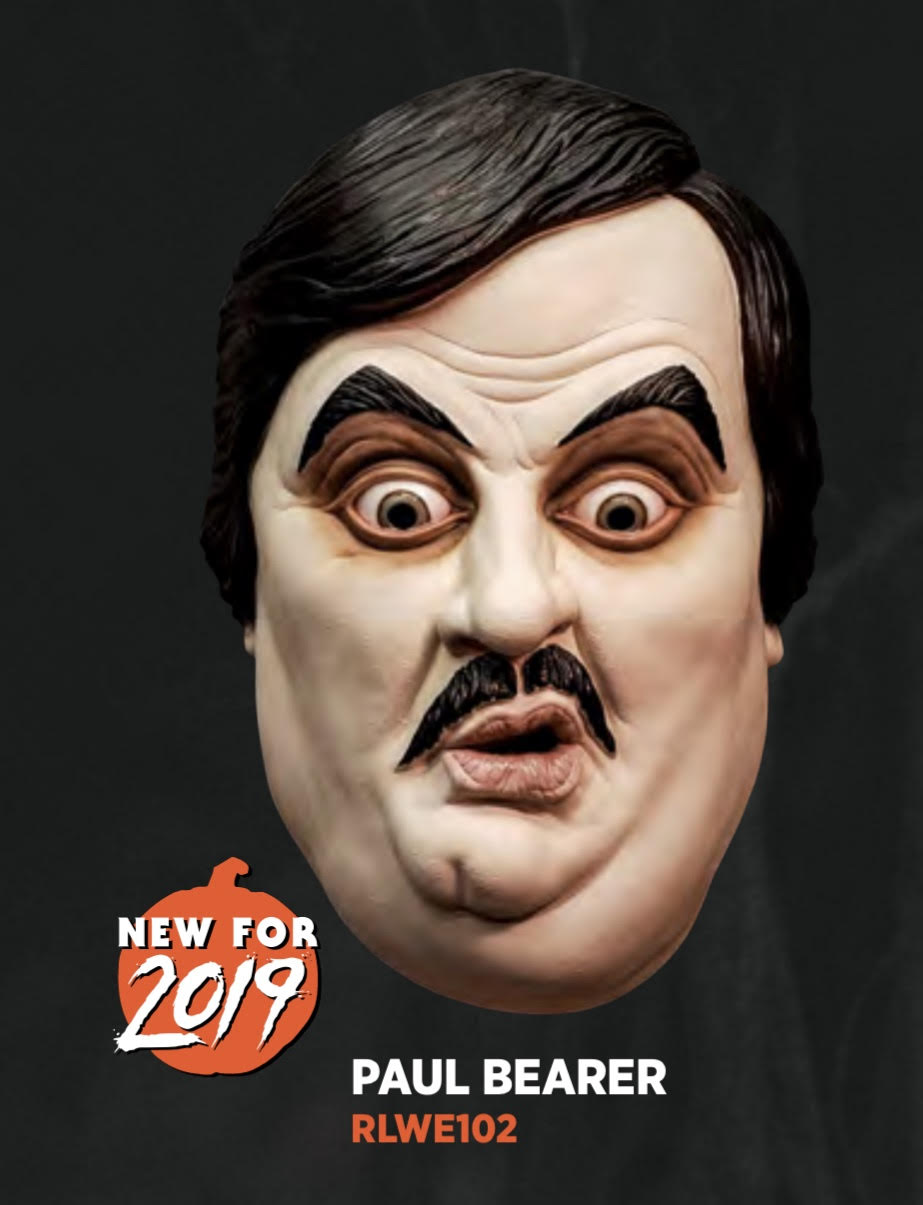 Ohhhh Yessss, we are finally getting a Paul Bearer mask from Trick or Treat Studios. The longtime manager of The Undertaker and part-time manager of Kane and Mankind will be a popular choice this Halloween for old school WWE fans who grew up watching Paul Bearer. Trick or Treat Studios officially unveiled the mask on their social media platforms yesterday just in time for HauntCon 2019.

OHHHHH YESSSSSS!!!!! Trick or Treat Studios pays homage to the late great pro wrestling Manager Paul Bearer For our 2019 #WWE LineUp! . Check out our other superstars in the new 2019 catalog! Found at www.TrickOrTreatStudios.com

William Moody, who played Paul Bearer died in 2013. However, he went into the WWE Hall of Fame posthumously in 2014 and his legend lives on. Bearer’s unique voice and weird facials made him a legend among wrestling fans over the years.

The price of the mask isn’t yet known. However, if it’s like their other WWE masks such as Ric Flair, Roddy Piper, Steve Austin and The Rock you can expect to pay $49-$59 this fall for it. The mask is not yet available for purchase but should be out in late August or so.

Once you have the Paul Bearer mask the rest of the costume would be pretty easy to pull off. You would need a suit and an urn. I have no idea where you would find an urn other than Amazon.com who has a nice selection.

In addition to the Paul Bearer mask Trick or Treat Studios also has a Sting and Rey Mysterio mask that is also new for 2019. You can view these masks by checking out their 2019 catalog on their website.

It’s only January but Halloween will be here before you know it. I imagine we will be seeing a lot of cool new things at HauntCon next weekend. Stay tuned.