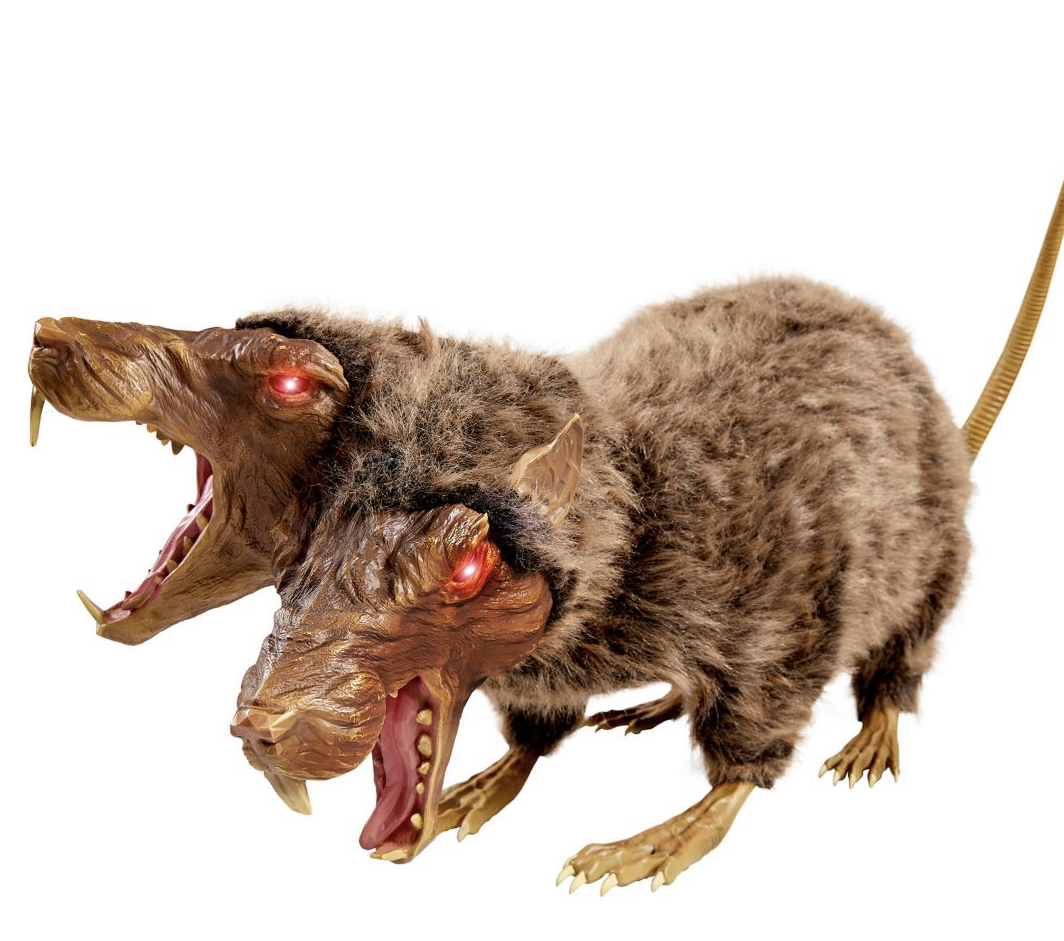 We are right in the middle of the big reveal from Spirit Halloween! For the next few weeks the Halloween retailer will be dropping new animatronic Halloween props ever few days! This is like Christmas in July, or should I say, Halloween in July. Or whatever. 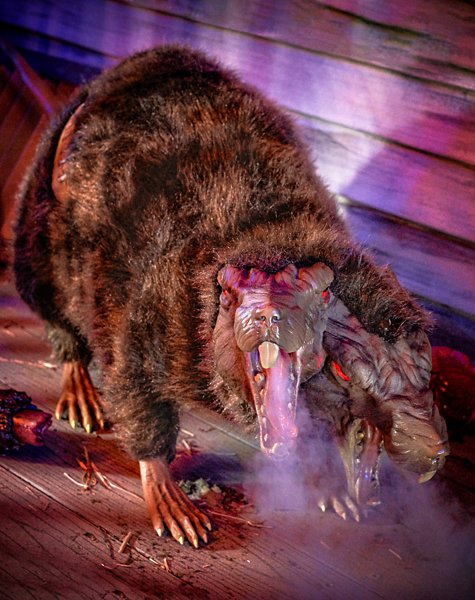 At the end of the summer of ‘89, when the factory finally shut its doors, no one … [More]

According to Spirit Halloween the creatures origins are from a toxic waste disaster in 1989.

At the end of the summer of ‘89, when the factory finally shut its doors, no one thought twice. They padlocked the gate and walked away, but the rats never got the memo. A quick bath in the leftover toxic ooze and the mutations began. The first attack happened to some kids on the way home from soccer practice. Now, the town lives in fear as the Sewer Varmints are hungry and have a taste for blood!

When activated by a step pad or a sensor the Sewer Varmint eyes light up and he begins to move its head from side-to-side as he lets out a blood curling squeal.

This is a pretty unique prop. I tend to subscribe to the theory that bigger is better, but I like how creepy the Sewer Varmint is. He is only 16 inches long, yet you don’t want a critter that is so big he isn’t believable. When your friends see this in the corner of a dimly lit room they are going to do a double take!

At $129.99 the Sewer Varmint is reasonably priced and won’t break the bank. It’s rare you find a decent Halloween prop for under $150 but the creepy Sewer Varmint won’t cost an arm and a leg. If you do order the prop he won’t ship until late August, but rest assured you will easily have him in time for Halloween.

Also, don’t forget that you will have to pay additional shipping for the Sewer Varmint but you can easily find a promo doe that will take an extra 20% off.

Please keep checking back! There are even more creepy animatronics coming our way that you aren’t going to want to miss.