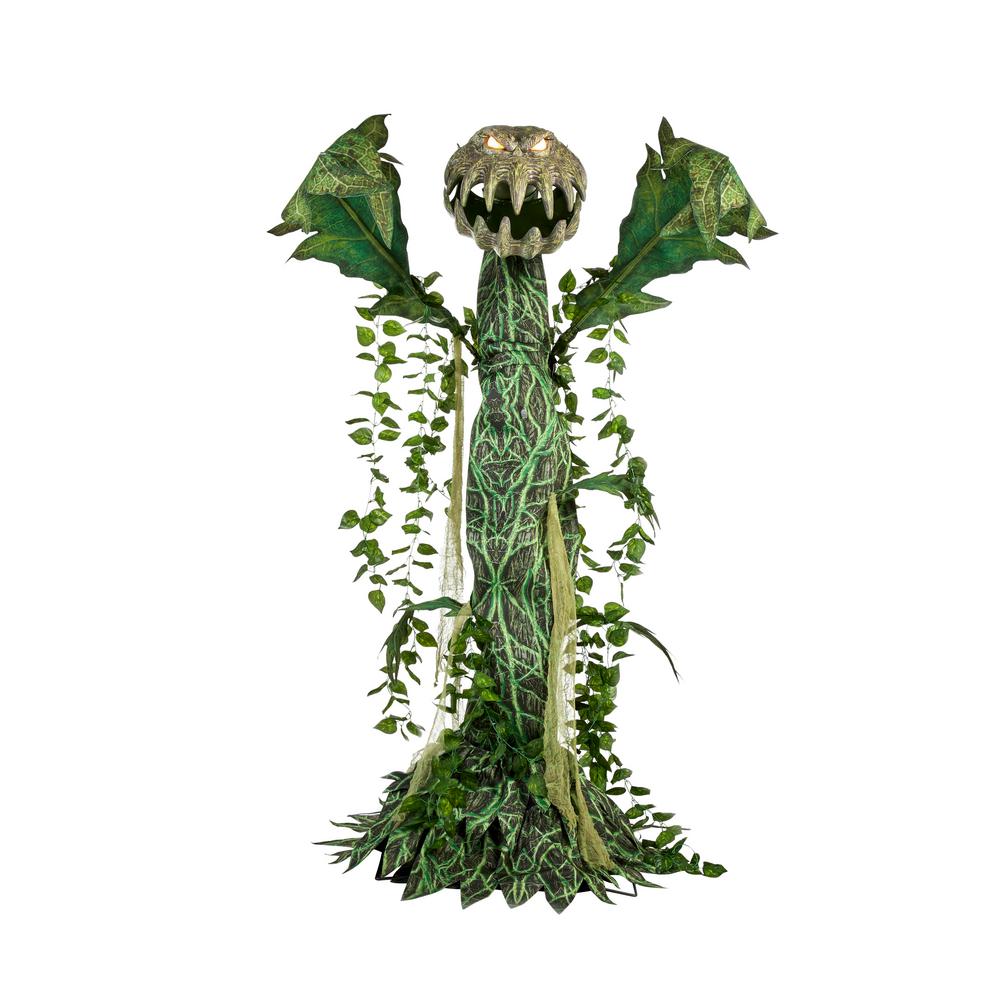 There are a lot of cult classics that have animated props coming out this year. Fans of Beetlejuice, Killer Klowns from Outer Space and now Little Shop of Horrors will all have animatronics this year! If you’ve been waiting for an Audrey 2 prop for Halloween, you are in luck this year!

Create your very own shop of horrors in your living room with this animated Venus flytrap. The moving head and body seemingly follow guests as they walk by, setting a terrifying scene. Glowing LED eyes stare into the darkness for a spine-tingling effect, and an IR motion sensor detects movement to startle all those who dare come close. Standing at 6 feet tall, this animated Venus flytrap looms large and is ready for more than buzzing bugs to satisfy its insatiable hunger.

This villainous Venus fly trip stands right at six feet tall and is quite imposing when its right in front of you. When activated, the Man Eating Plant’s eyes light up and it begins to move back and forth as it stalks its prey. But it doesn’t just want to eat you, it wants to taunt you first. The large predator plant says several different phrases once it has been activated.

“I can swallow you in one bite!”

Priced at $129.99 the Man Eating Plant is not that expensive compared to other props I have seen this year. It’s also quite different and really stands out in a sea of clown, vampire and zombie props that you typically see in stores. I think the Man Eating Plant prop would look great in a greenhouse mixed in with some other plants. I can just imagine taking my grandmother in there and telling her I want to show her a new plant I bought!

Please keep checking back! There are a lot of cool props coming down the pipe. Halloween will be here before you know it!