New For 2021: Ferry Of The Dead From Home Depot 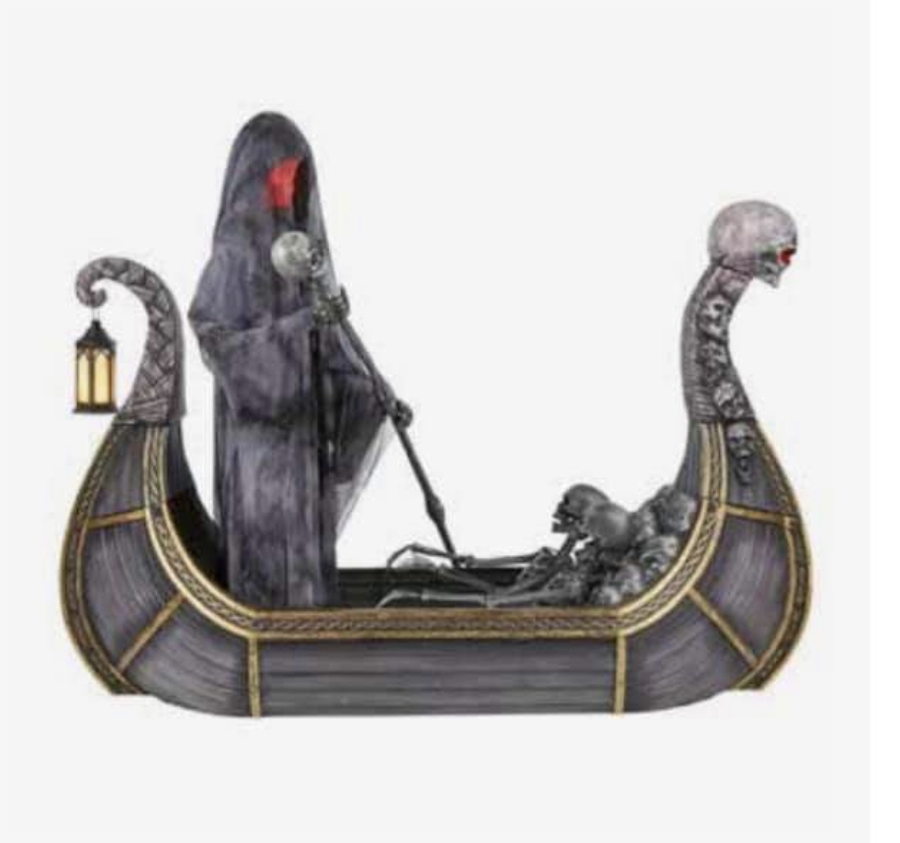 Home Depot has really been stepping up their Halloween game the past few years. 2021 doesn’t seem much different because they seem to have gotten everyone excited about their new lineup. This year they may have outdone themselves with their new Ferry of the Dead animated prop that has everyone talking. If you haven’t seen the new Ferry of the Dead prop and the Colossal Captain of the Abyss steering the ship, please check out the video below.

Bring a sea of despair to your demonic domicile with this Ferry of the Dead animatronic. The Grim Reaper’s shadowy figure looms large over the battered boat, inviting petrified partygoers on a perilous passage. An LED lantern adds a supernatural glow, and rowing motions make it look as though Death is slowly racing toward you.

When activated a red light shines under the cloak revealing a skull with a red hue. He begins to row his oar as his ferry sails through the mist (mist not included) to his final destination where he will deliver his cargo of discarded skeletons. The captain begins to say creepy phrases like:

I still have many souls to take!

The sullen sailor stands right at 6 and a 1/2 feet tall and his boat is 8 feet in length.

This guy is awesome! I’ve heard a lot of people talking about him and it’s good that Home Depot has finally put him up for sale. The only downside is that he retails for $399.99 and is on the tippy top of the price points from Halloween animatronics you will this year. However, if you have some extra cash or if you have been saving up for one super-sized prop this year, I think the Ferry of the Dead might just be the one!

Stick around. There are a lot more really cool props coming your way!