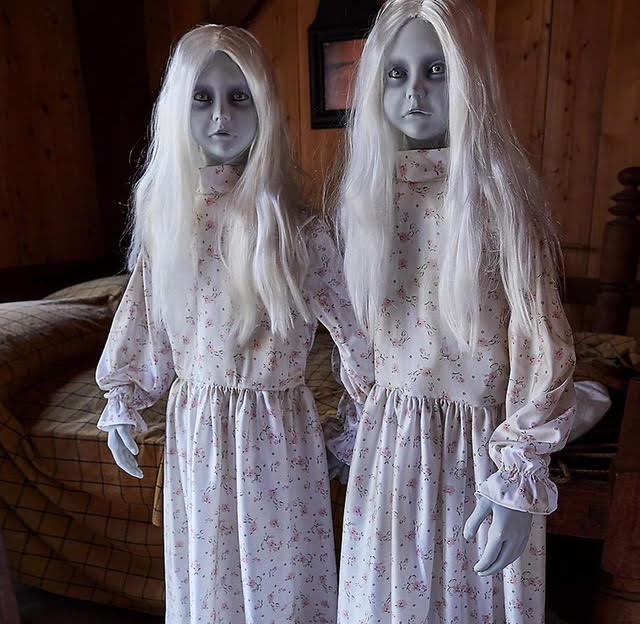 Spirit Halloween has been on a roll the past few weeks releasing new props every few days. With Halloween right around the corner we’ve seen the Cocooned Corpse, Nightmare Harvester and several other brand new props that have the internet buzzing. Earlier today AnimatronicHalloween.com learned of a brand new prop that will likely be released later this week. Their name is not yet known but I’m calling them the Albino Twins until they are officially released. 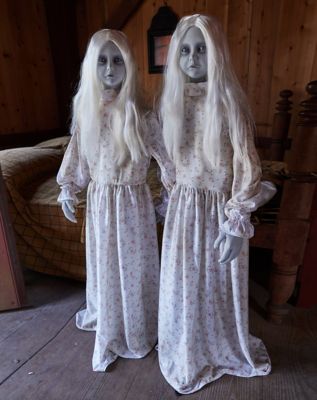 Experience twice the fright on Halloween night with these terrifying twins. Believe it … [More]

It’s not known what exactly the Albino Twins do but they sure do look creepy. How do you make an albino creepy kid even creepier. Give him a twin. That’s what Spirit Halloween has done with this new prop and I’m digging it.

Right now there isn’t much known about the prop. We do know that the cost is $189.99 and it’s considered an oversized item. Spirit Halloween has found a way to get an extra $20 for shipping by classifying all their new props as oversized, even when they aren’t bigger than props in recent years that weren’t considered oversized.

Keep checking back with us. I expect more information to come out sometime later this week on the new prop from Spirit Halloween. We might even get to see another prop or two at the rate they have been churning them out for Halloween 2018.