Rubies Confirms They Will Be Making Solo: A Star Wars Story Costumes 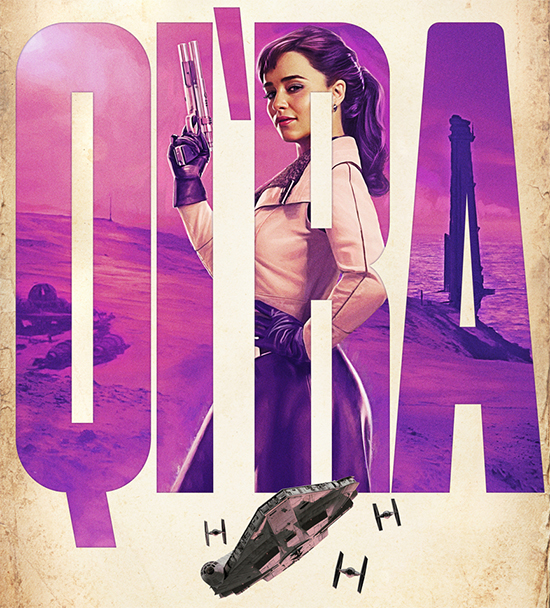 Last month we broke down the popularity of two new Star Wars characters that will be debuting in Solo: A Star Wars Story this May. Enfys Nest and Qi’Ra look to be two of the most popular characters in the film. Both are certainly receiving a lot of buzz online and on social media and people are already trying to find out where they can buy merchandise with their likeness on it.

Disney has done a good job at creating strong female characters and I anticipate they will do the same with Qi’Ra who appears to be one of Han Solo’s love interests early in his life. We’ve seen Rey in The Force Awakens and The Last Jedi became one of the most popular characters in the history of Star Wars in a very short time. If Qi’Ra gets the same treatment she will likely be remembered for years to come.

Like a lot of other mysterious Star Wars villains we don’t know a lot about Enfys Nest just yet. We see that he has a showdown with Han Solo and eventually the two throw down. Other than that, not much is known. Some fans are comparing Nest to Boba Fett who is also rumored to be making an appearance in the new Han Solo film. The main villain in Solo: A Star Wars Story is Dryden Vos played by Paul Bettany. Disney has done a good job of keeping him under wraps so far and we’ve only seen a glimpse of Nest in the two trailers that were released last month.

If you haven’t seen the trailer yet, here you go.

After hearing from a lot of Star Wars fans about the popularity of Enfy Nest and Qi’Ra I reached out to Rubies.com. Rubies has the license for the Star Wars films and produces all the official costumes and masks. I asked a rep from Rubies if they will be making costumes and/or masks of Qi’Ra and Enfys Nest to coincide with Solo: A Star Wars Story. I was told that Rubies will be making costumes for the new film but they could not share any details about them. This didn’t surprise me but I am appreciative that they took time to contact me.

I imagine we will see new costumes and masks for Han Solo, Lando Calrissian, Chewbacca and Qi’Ra for sure. There are already some pretty cool Han Solo and Chewbacca costumes on the market. There is an outside chance we will see costumes for Dryden Voss and Enfys Nest, the main villains in the film we don’t know much about. L3-37, the new droid could be getting a costume since we saw Rubies make one for KS-20 when Rogue One came out. I think there is very little chance we see a costume for Tobias Beckett, Woody Harrellson’s character and Rio Durant, the CGI character that Jon Favreau plays in the film.

So if you are into cosplay or just want to go as Han Solo for Halloween there will be options for you this year. We will just have to wait until May to see what comes out.