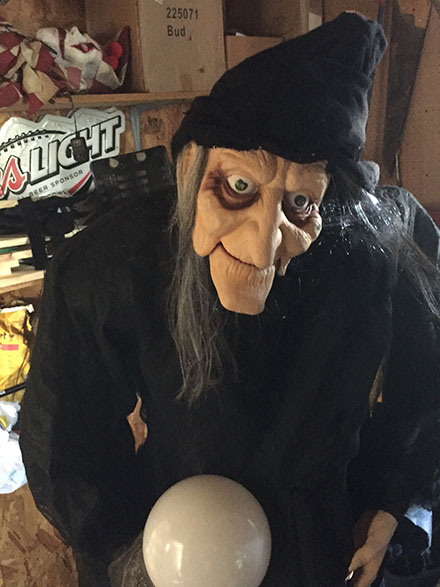 We are less than four months from Halloween season and Home Depot is already offering discounts on one of their best animated props from last year. Unlike most Halloween props the witch I’d give the rating of ‘G’ unlike most animatronics which are ‘PG’ or ‘PG-13’.

Last year they rolled out the 72 in. Standing Witch with Glowing Orb prop for $89. I remember seeing the Witch for the first time and being on the fence on whether or not I should buy her for my collection. At first she seemed a little cheesy so I passed and decided to wait and see if she was still there once Home Depot started marking down their Halloween stuff. I went to Home Depot the day before Halloween and I found that she had been marked down half price so I decided to snatch her up and bring her home.

The witch isn’t scary but when I set her up for my party I put her by the front door and found that the kids loved her. A lot of the props I set up weren’t exactly kid friendly but the witch was more fun than scary which appealed to some people. I left her up for trick or treaters and found out that the kids were really intrigued by her. She was just spooky enough to make kids a little leery of walking up to the house but when she spoke it was clear she wasn’t there to scare the children.

This morning I was on Home Depot’s site looking to see if they had introduced any new props for the upcoming holiday and stumbled across the witch for only $62.30. That’s about 1/3 off of the price from last year. You could wait until after the holiday is over and get her for half price but for just over 60 bucks the witch is a steal if you wanted to add something fun to your collection.

It’s not really clear if the witch will be available in stores for Halloween or if Home Depot is trying to deplete their inventory to bring in new merchandise. If I had to guess the witch will be in stores later this summer but we won’t know for sure until they start putting out their Halloween stuff in late August/early September. 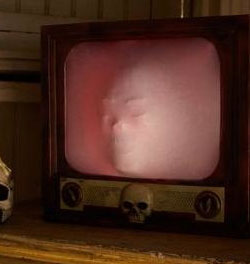 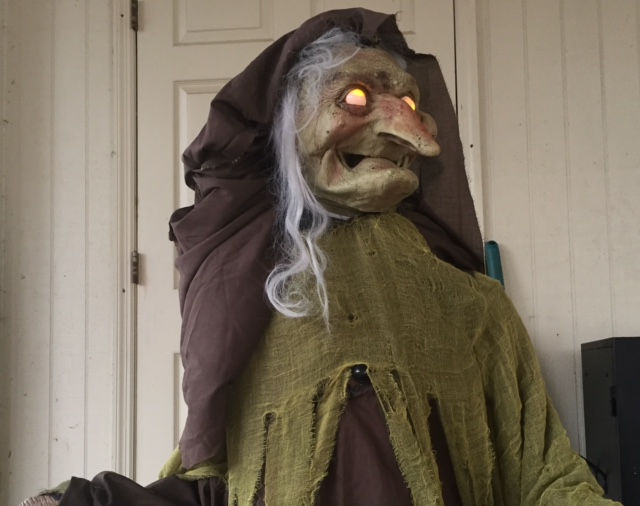 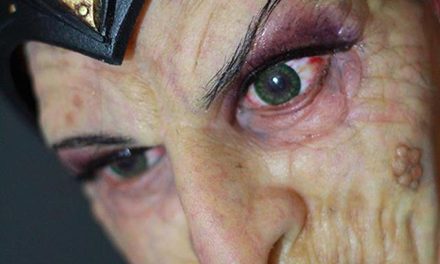 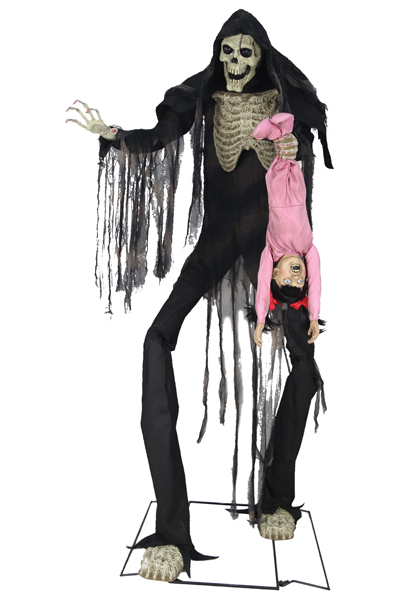