Michael Myers Animatronic is back at Spirit Halloween for 2018! 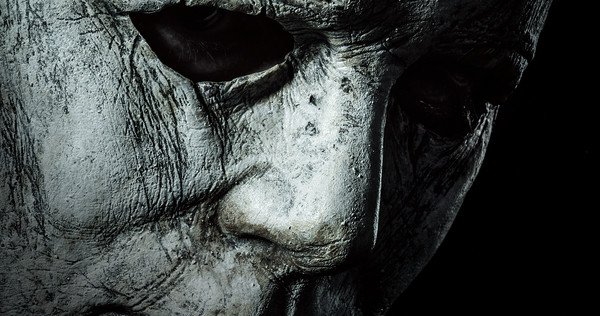 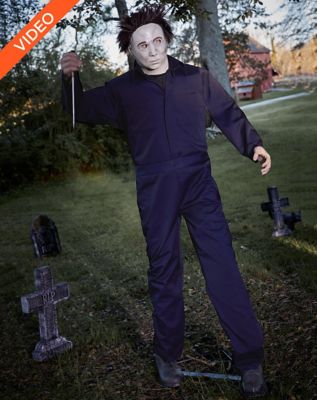 The Michael Myers prop doesn’t speak but it does play the Halloween theme song as her turns from side to side and makes a stabbing motion with his hand. The animatronic is from the Halloween H20 film from 1998 and is pretty tall at 6’3.

Michael Myers first debuted in Spirit Halloween stores in 2010. He was a very popular animated prop and has been selling for several hundred dollars on eBay since the demand is pretty high. Spirit Halloween doesn’t always bring back the same prop every year and after several years away from stores you can bet that Michael Myers will be in demand.

Last year when “It” and Pennywise were dominating at the box office Spirit Halloween sold out of their 7 foot tall Evil Clown in three weeks. In order to procure the Evil Clown you had to go on eBay and pay and extra hundred bucks to add him to your collection. I have a feeling the new Michael Myers prop will be the same way. Collectors have been clamoring for a new Michael Myers prop for a while and once it is available in stores he will sell out quickly. If you want a Michael Myers Halloween prop I would suggest you get one sooner rather than later because they will likely sell out once the new movie is released in October.

At $259.99 Michael Myers won’t come cheap. You might be able to get a 20% off discount code dropping the price $50 or so but once you pay for an extra $20 for oversized shipping you are still in for around $230. The prop is only available for pre-order. Michael will ship in August and will arrive in time for Halloween.

Two years ago I made my own Michael Myers prop from a cheap skeleton I bought at Home Depot the day after Halloween and a Michael Myers mask and costume. It only cost me a little under $75 to make. When it’s dark and I have a spotlight on him the prop looks just like Michael Myers and everyone who sees him is impressed at what I created.

Michael Myers and the new Halloween will be in theaters on October 19. Just in time for Halloween.