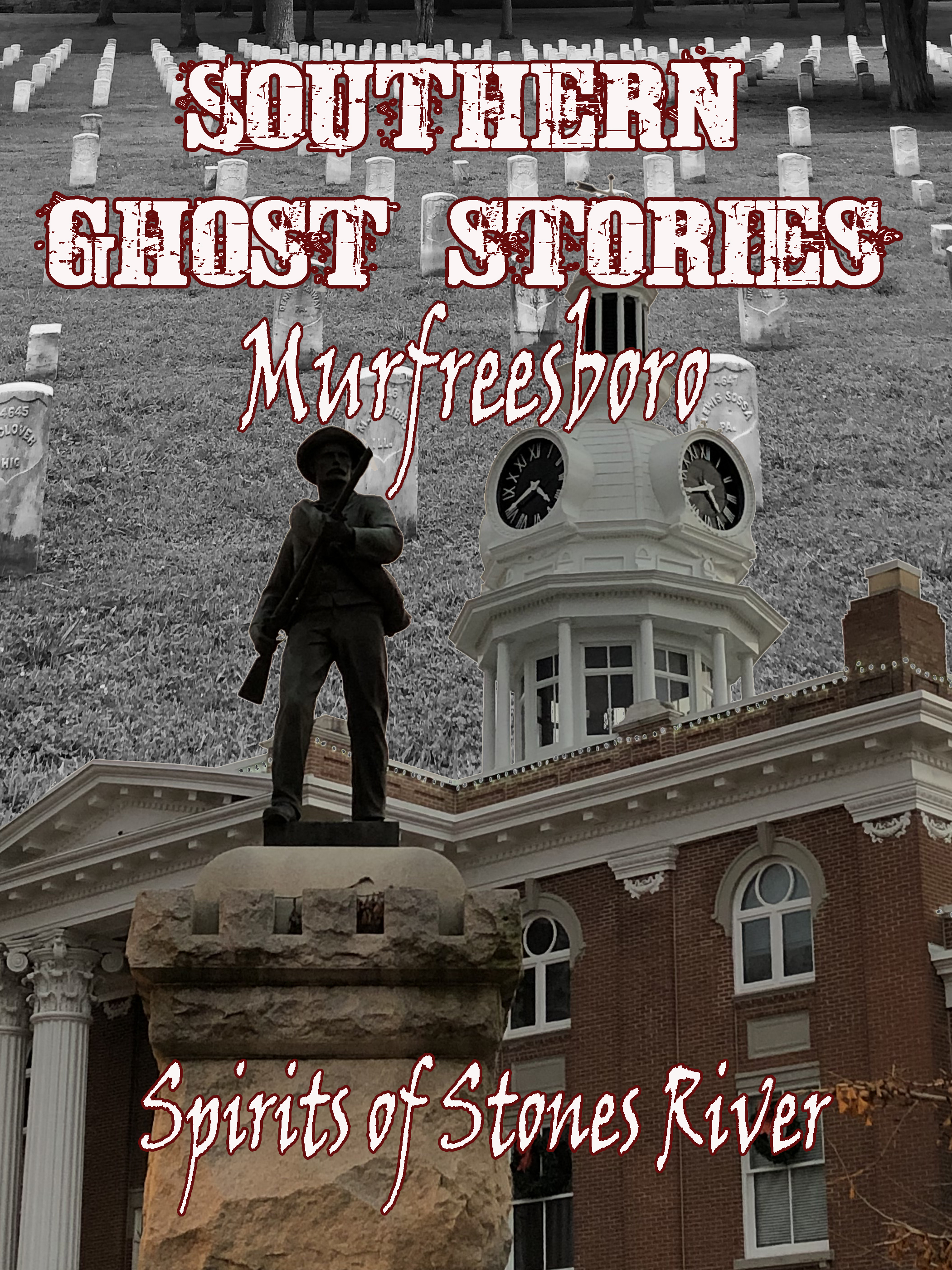 As the only city to host three battle during the Civil War, Murfreesboro, Tennessee is one of the most haunted places in the country. From two raids on the town by controversial Confederate General Nathan Bedford Forrest to the Battle of Stones River, which by all accounts was the bloodiest of the war, Murfreesboro has many ghostly tales to match its haunted history.

Southern Ghost Stories made a splash last year with their book Southern Ghost Stories: Ghosts of Gallatin. This year, with a new book focusing on Murfreesboro the crew dig into all the history of the town in middle Tennessee. From a series of deadly fires in the 19th century that ravaged the square, to the war and an outbreak of cholera that decimated the population. Murfreesboro, is as haunted as other cities such as St. Augustine, Florida and Savannah, Georgia but has gone quietly under the radar in the paranormal world, until now that is.

Coming in at 400 pages the book covers a lot of ground from spirits on the square to the soldiers that still roam the battlefield over a 150 years later. If you enjoy a good ghost story and learning about why things are haunted you will really dive right into Southern Ghost Stories: Murfreesboro, Spirits of Stones River!

The book is available through Amazon and select retailers in middle Tennessee. It retails for $19.95 in paperback. If you prefer a Kindle version it will only set you back $5.99.

Give it a try. The book is free to read if you have Kindle Unlimited. You really can’t bear free!