New For 2018: The Shining Jack Torrance and Grady Twins Costumes 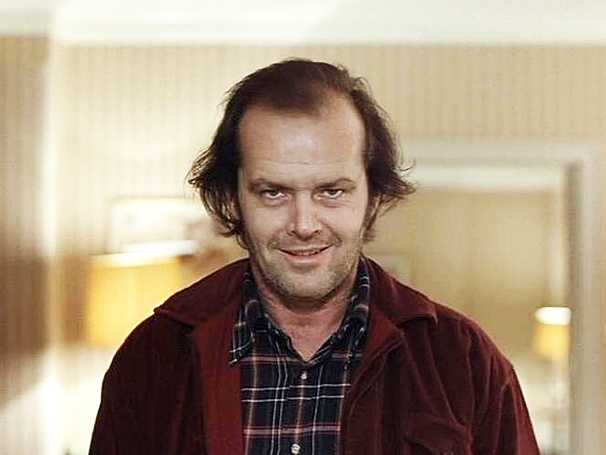 All work and no play makes Jack a dull boy. So make sure you have a lot of fun this Halloween with your very own Jack Torrance Halloween costume from Stanley Kubrick’s “The Shining”. Trick or Treat Studios has obtained the official license from Warner Brothers to produce the Jack Torrance costume that Jack Nicholson wore in the film for Halloween 2018. So if you want to make an entrance to a Halloween party all you have to do is get the costume and yell, “Here’s Johnny!” as you enter the room.

The Jack Torrance costume costs $69.99 and comes with the maroon corduroy jacket and blue plaid shirt Jack Nicholson wears in the film. For only $29.99 you can pick up an exact replica of the axe Jack used in The Shining to bust down doors of the Overlook Hotel. Well, it’s not an exact replica because it’s made of foam, but it’s still pretty darn close.

Also new for Halloween 2018 is the official Grady Twins costume. For $49,99 you get the light blue dress that the Grady Twins wore in the movie. The Grady Twins re the two little girls that roamed The Overlook Hotel while Jack Torrance and his family stayed there. The creepy twins talked to Danny as he rode his big wheel around the hotel halls and corridors.

The costumes are available for preorder now but will not ship until August or September. That’s pretty much standard when it comes to new Halloween items. The new stuff isn’t ready just yet as the manufacturers are showing off their new merchandise at the trade shows that run through the spring. But come summertime things will be shipped out in time for Halloween in October.

I think the Jack Torrance costume will be a hit in 2018. Everyone loves “The Shining” and now there is an official costume Trick Or Treat Costumes will have a lot of orders to fill this summer. If they sold some icicles to put on his nose that would be icing on the cake. I think the Grady Twins costume is spot on but it really only works if you have a set of twins who want to dress up like the two obscure supporting actresses in the movie. I’m little surprised they didn’t make a Wendy Torrance costume. But if there is a lot of demand for “The Shining” costumes this year we could see it in 2019.