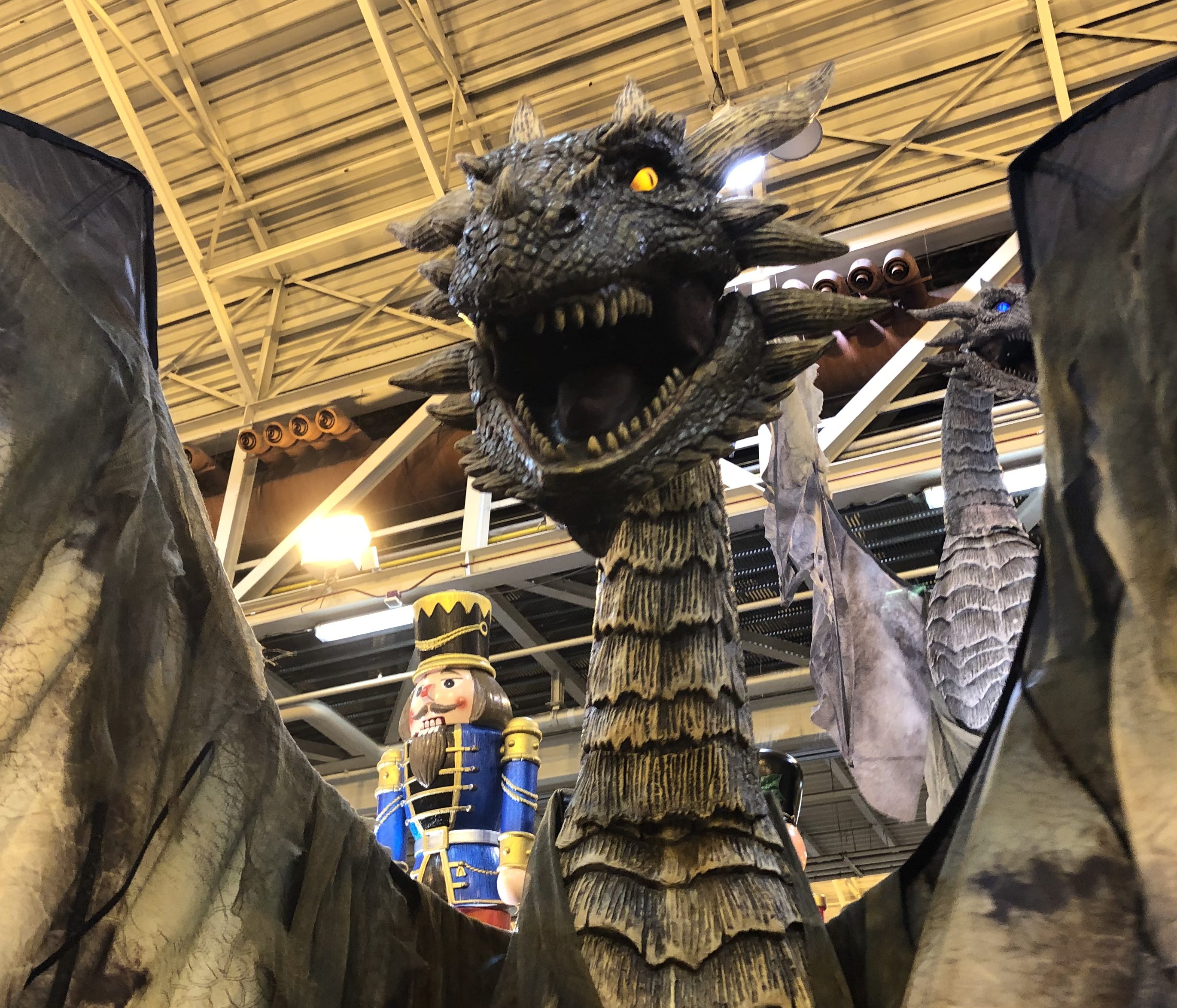 Behold the Forest Winter Dragon in all her glory!

I know what you are thinking. It’s the Winter Dragon except it’s green. Yes you are right but the prop is still amazing. Anytime you have a seven foot dragon in your backyard your friends and family will flip out. By owning this prop you instantly become the coolest guy or girl in the neighborhood.

The new prop operates via motion sensor or a step pad. When triggered, the ferocious dragon will come to life and begin to shriek and growl as its head turns from side to side. The dragon’s wings will also flap forward and back, and her eyes and mouth light up. You can also hook the prop up to a fog machine to add an even cooler effect and he will breathe smoke while visiting your Halloween party.

The Forest Winter Dragon will retail for the same as the Winter Dragon which runs anywhere from $399 to $499. Typically you can find the prop for $399 but they charge you a little extra for shipping to make it even more expensive. The new dragon animatronic will go on sale sometime during the summer and being shipping in late August.

Can Halloween get here any sooner? With TransWorld right around the corner hopefully time will fly by and it will be October before you know it.