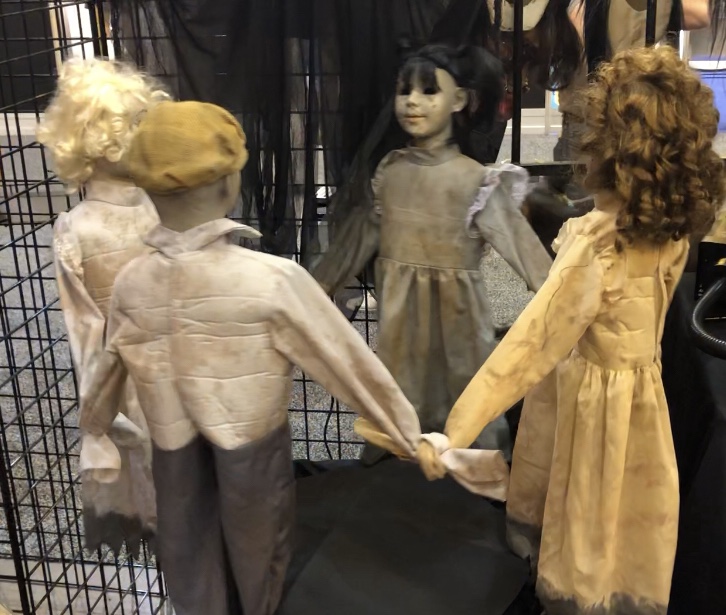 HauntCon is in the rearview mirror but we still have more creepy stuff coming for 2019! Next up is Ring Around The Rosie Halloween prop from Morris Costumes (Seasonal Visions). The creepy doll props have been a hit in recent years so therefore we keep seeing more and more of them every year. Check out the latest in the video below.

As you can see the prop is basically a bunch of those creepy dolls moving around in a circle singing Ring Around the Rosie. I have to admit. I’m not really a big fan of the doll props but this one is a little bit creepy. Maybe it’s them singing together, I don’t really know.

The Ring Around The Rosie prop will likely retail for likely retail anywhere from $149 to $179. We won’t know for sure exactly the retail price until it goes on sale this summer. And when it is released the price will vary depending on which retailer you visit. Some places online may even have it cheaper but by the time you pay for shipping costs you are paying roughly the same as the cost in a big box Halloween store.

Halloween will be here before you know it. It’s never too early to start thinking about your home haunt.