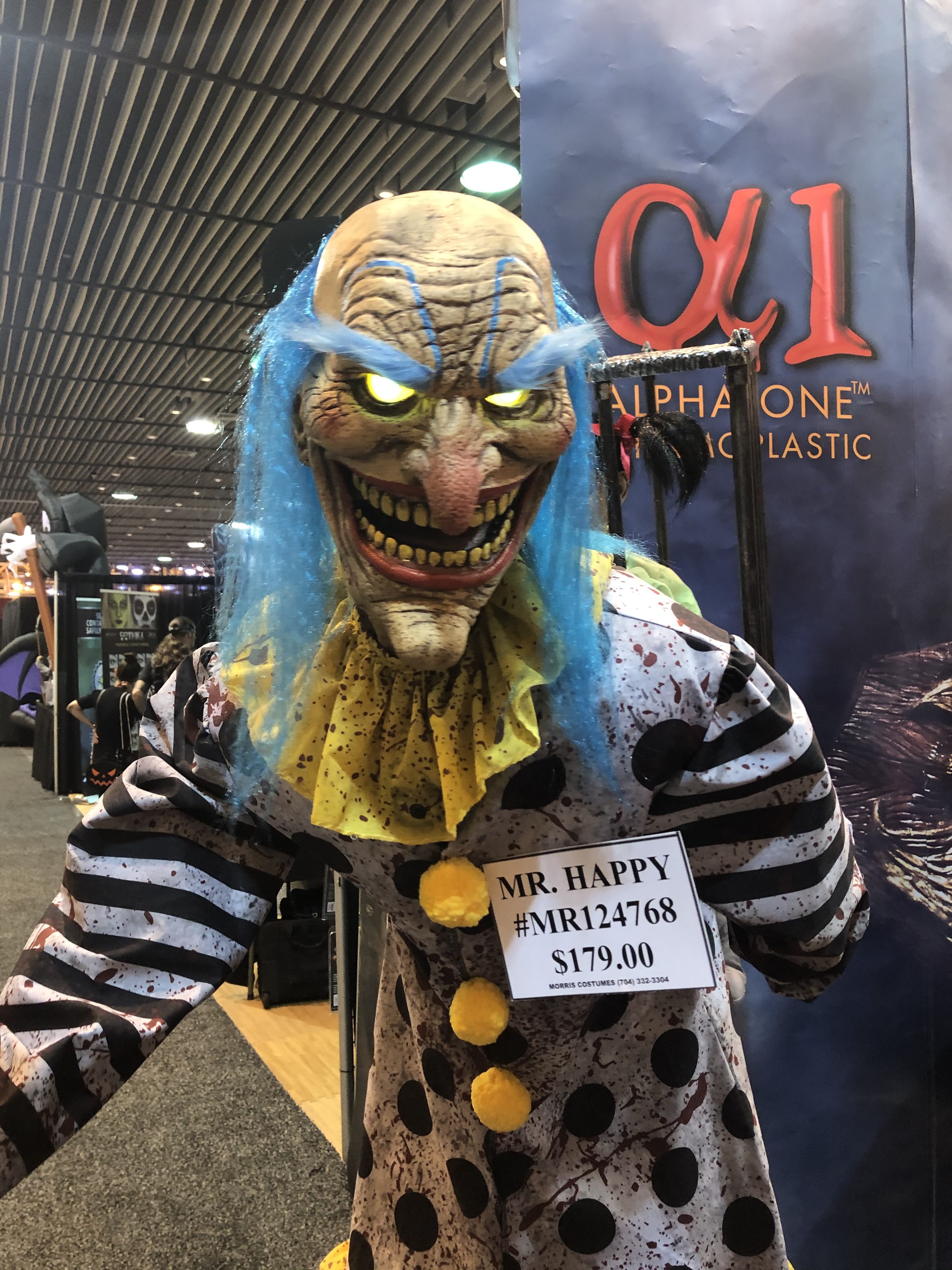 Don’t you just love clowns? I know I do. And when I saw the new clown animatronic from Morris Costumes at HauntCon I was blown away. This guy isn’t just a clown. He’s an old grouchy clown who doesn’t even wear makeup. Oh, and he kidnaps and eats children. That’s always a plus. Serisouly, Mr. Happy is a very well done prop. Check it out in the video below.

The blue hair and bushy blue eyebrows are a nice touch, don’t you think? I also really like his deity clown outfit. It’s almost like he really had to work to catch the little girl that’s in the cage. She must have really put up a fight!

We have seen an influx of the oversized super large clown props the past few years. But you know what? They are super popular and there is a reason Morris Costumes and other prop manufacturers keep bringing them back in different forms. When they could not necessarily get bigger they started to add children in cages just to make it look extra creepy.

The price for Mr. Happy isn’t yet known and it will vary from retailer to retailer. I would guess that he will sell in the $349. That is the same price Spirit Halloween sold the Rotten Ringmaster prop last year online. The props are very similar, standing over seven feet tall with a caged child. $349 is on the high end for a prop and when you add in shipping costs too, it can get expensive.

Even though Mr. Happy is pretty expensive I do like him and would consider added him to my collection of animatronic clowns.

It’s not yet known where the prop will be available since Spirit Halloween, Halloween Express and other retailers don’t necessarily reveal their lineups until the late summertime.