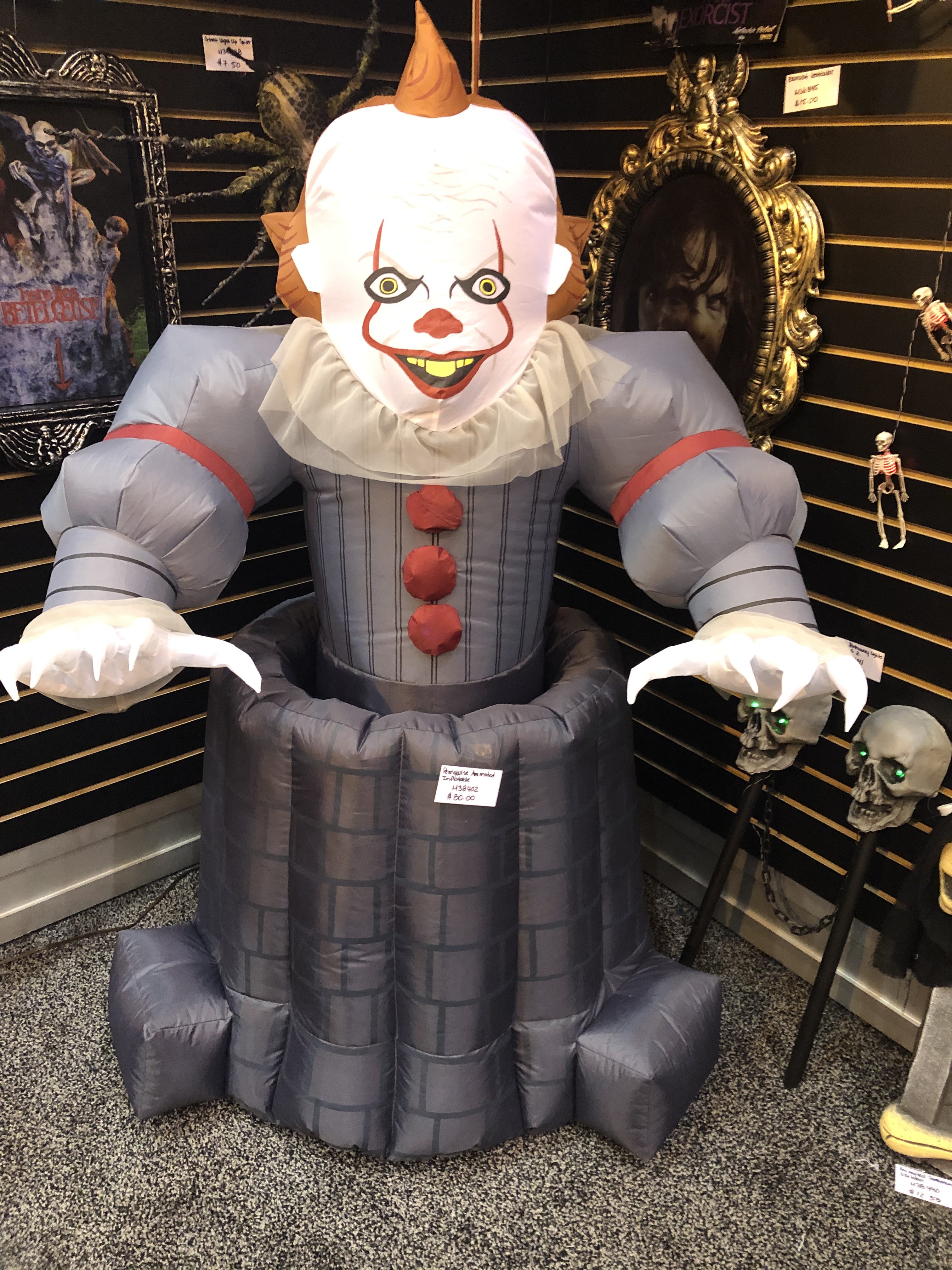 After a ton of new Pennywise props for Halloween 2019 you’d think we have seen the last of them for a while. Well, you would be wrong! Morbid Enterprises has put a unique spin on the Dancing Clown we haven’t yet seen. Their new concept for Pennywise is an inflatable that rises out of the sewer. Check out the video below.

I am not typically an inflatable kind of guy but this prop isn’t that bad. It’s more family-friendly than other Pennywise props and I don’t think that children will be scared of it. Other props that have came out in recent years have terrified kids but this one is better suited for people who want to attract kids, not repel them.

I wish that they could’ve found a way to have him jump out instead of slowly rising up. But I don’t think Morbid was going for a cheesy jump scare.

The inflatable Pennywise will likely retail for $149 to $169 but that could vary depending on where you find him. Every store has different pricing structures and you might find him cheaper online. However, once you factor in shipping costs you might actually end up paying quite a bit more.

Halloween will be here before you know it. There is a lot more creepy stuff coming down the pipe. Stay tuned and keep checking back!