News and Reviews for Halloween Props, Costumes and Masks
Nightmare on Elm Street 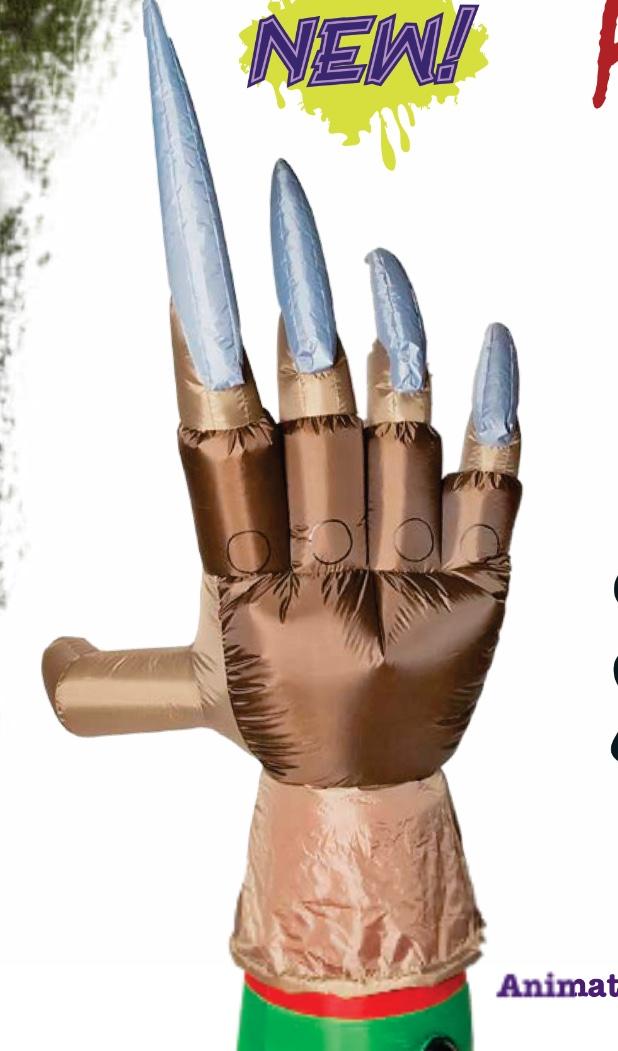 One, two, Freddy’s coming for you. Three, four, Better lock your door…. You know how the rest goes.

Everyone loves Freddy Krueger around Halloween. He started out as the villain of the Nightmare on Elm Street films but quickly became a fan favorite after he made some quick witted remark while he was killing some obnoxious teenager. Now fans of the Freddy movies will be rushing out to their favorite Halloween stores to pick up the new animated Freddy Krueger Glove for their yards.

Check out the video of the inflatable glove from HauntCon in New Orleans in January.

Everyone knows that I’m not really an inflatable kind of guy but I really dig the Freddy Krueger Inflatable Glove. I like the fact that it’s big and over the top, just like everything else in the Nightmare on Elm Street universe. I don’t think I’d put it in my yard for Halloween. Instead I would try to put it on the roof of my house and shine a light on it. Sticking something like this in the yard is too easy. The Freddy Krueger Inflatable Glove deserves to be shown off where everyone can see it, not stuck in the yard with other Halloween decorations.

I don’t know what the retail price will be for the inflatable glove. Typically anytime you buy a prop like this you tend to pay more due to the manufacturer having to cough up extra money for the license. Manufacturers have to maintain a certain margin to turn a profit but the license is always an extra expense than gets passed along to the customer. I imagine more info will start to trickle out in the summer when stores like Halloween Express and Spirit Halloween start putting the new items online.

Keep checking back. Halloween is just around the corner. It’s going to be a great year.