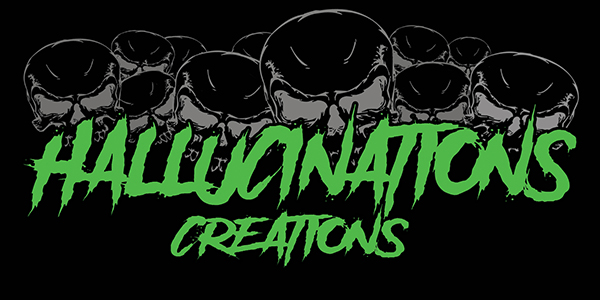 I love it when I see a Halloween prop that has been redone with a twist. Ever since “The Walking Dead” became one of the top shows on TV we see lots of zombies every Halloween. With so many zombie props on the market I want to see something different, so I asked myself “What’s scarier than a zombie?” Hallucinations Creations has the answer with their Caged Zombie.

Imagine walking into a dark room and seeing a zombie trying to get out of a small cage so he can come bite you. This new take on an old favorite from Hallucinations Creations has earned a lot of buzz coming out of Transworld in St. Louis last weekend.

Here’s a video of the Caged Zombie in action.

The Caged zombie is a Plug and Play Pneumatic Prop. It’s a 2x2x3 Steel cage that holds a trapped zombie. Upon activation, The zombie starts thrashing around, all over trying desperately to escape; opening and closing the front door. (Thank God someone padlocked that door!)

The prop can be mounted from a ceiling with 4 supplied chains or placed on a table. All of Hal’lucinations Creations animatronics are plug and play and you have the option to activate it with either a Motion Sensor, Step Pad, or Hand Trigger. Included is a 100W Amplified speaker with zombie sound effect and a super bright LED Strobe light.

The Caged Zombie is available for $2,145 at HallucinationsCreations.com. Shipping will cost a little extra and vary depending on where you want to ship the prop. Dropping over two grand for a Halloween prop is a big investment but the Caged Zombie is a quality prop used in Haunted Houses all over the United States. You won’t find something like this in Halloween Express or Spirit Halloween later this year.

For more information on Hallucinations Creations check out their HallucinationsCreations.com. Also be sure to like their Facebook page.