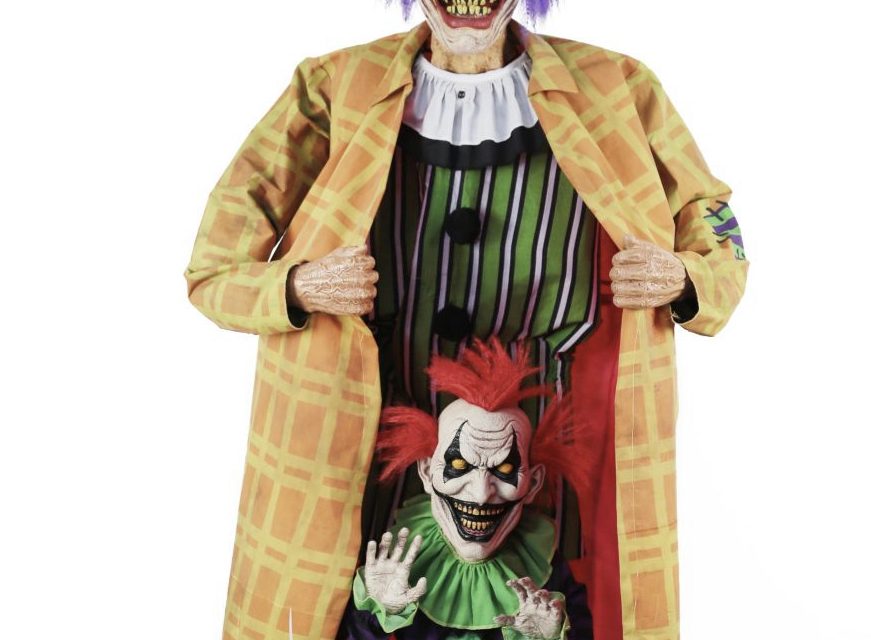 We told you he was coming! Now he’s here! Mr. Salty has finally made his debut and will be featured as one of the newest Halloween animatronics at Spirit Halloween. 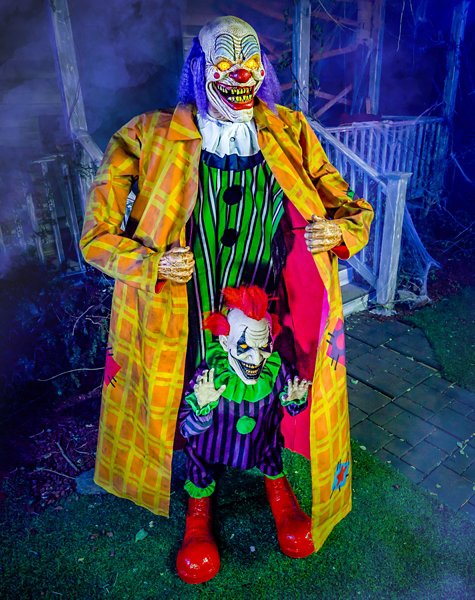 After years as a struggling song and dance man on the Vaudeville circuit, Mr. Salty finally snapped. He turned in his tap shoes for clown shoes and greasepaint and he was never happier. Now his act is scaring audiences on street corners, dark alleys, and dive bars across the country. Just don’t get too close, or you might see a side of Mr. Salty you’ll never forget.

When activated by a step pad or sensor Mr. Salty’s eyes light up and his arms open up his coat to reveal a smaller clown in his coat. He terrorizes you by saying one of several different phrases.

“Hey kids, welcome to my little Horror Hide-away! You wanna see my little friend? (opens jacket, saying) Say Hi, Willy! (Willy lunges as he laughs maniacally, says Hi Willy! laughs more and retracts) Ha ha ha! Got you with that one. Were full of surprises around here! (jacket closes)”

“Hey, have you seen my little pal? He was around here somewhere (opens jacket, saying) Ooogie boogie! (Willy lunges as he laughs maniacally, says Ive GOT YA!! laughs more and retracts) Ha ha ha! Aah, you almost got them that time Willy! (jacket closes)”

“I’ll bet you my clown nose that you’ve never seen THIS (jacket opens) before! (Willy shouts HEY! then AAAAAH! as he lunges forward, then retracts back) *chortle* Good one, willy, you even surprised me that time. (jacket closes)”

“Well hey there! I sure could use a hug. Come on over here! (opens jacket, with loud horn sound) A-OOOOOOGA!! (Willy lunges as he laughs maniacly, says I want a hug too!! laughs more and retracts) Ha ha ha! Always Lovers, never Fighters, that the Clown Motto! (jacket closes)”

“Psst hey, you there I got a little somethin to show ya. I think you’re gonna like it! Come a little closer Surprise! (Boioionngg!!) Hahah I love when he pops out like that! Heheheh!”

Mr Salty is really cool and he’s definitely on my list of props I want to see close up before I pull the trigger. Coming in at 6 feet tall and almost 23 pounds, Mr. Salty is the real deal. You have to give him bonus points as the smaller clown hiding down below is called Willy. Get it?

At $349.99 Mr. Salty is a little on the high end, but when you think about it, you are actually paying for two clowns instead of one. Don’t forget, you can also find 20% promo codes that will take $70 bucks or so off the price to bring him down to $280. You will have to pay for an oversized shipping charge, but that is standard nowadays anyway.

Mr. Salty is expected to ship in late September but will be at your house in plenty of time for Halloween.

Please keep checking back! There are more new items coming soon and you aren’t going to want to miss anything! 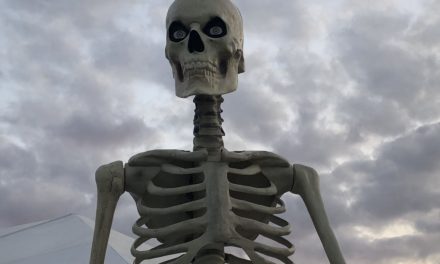 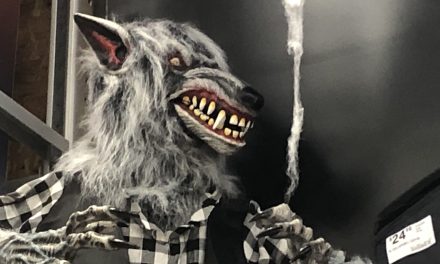 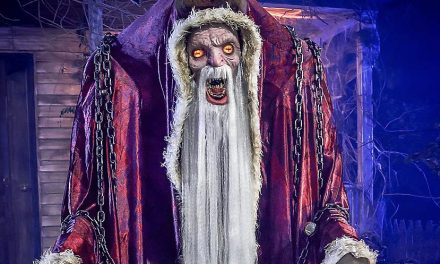 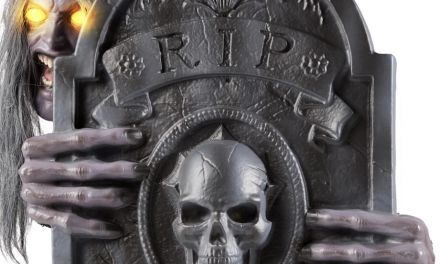