News and Reviews for Halloween Props, Costumes and Masks
2021 Halloween 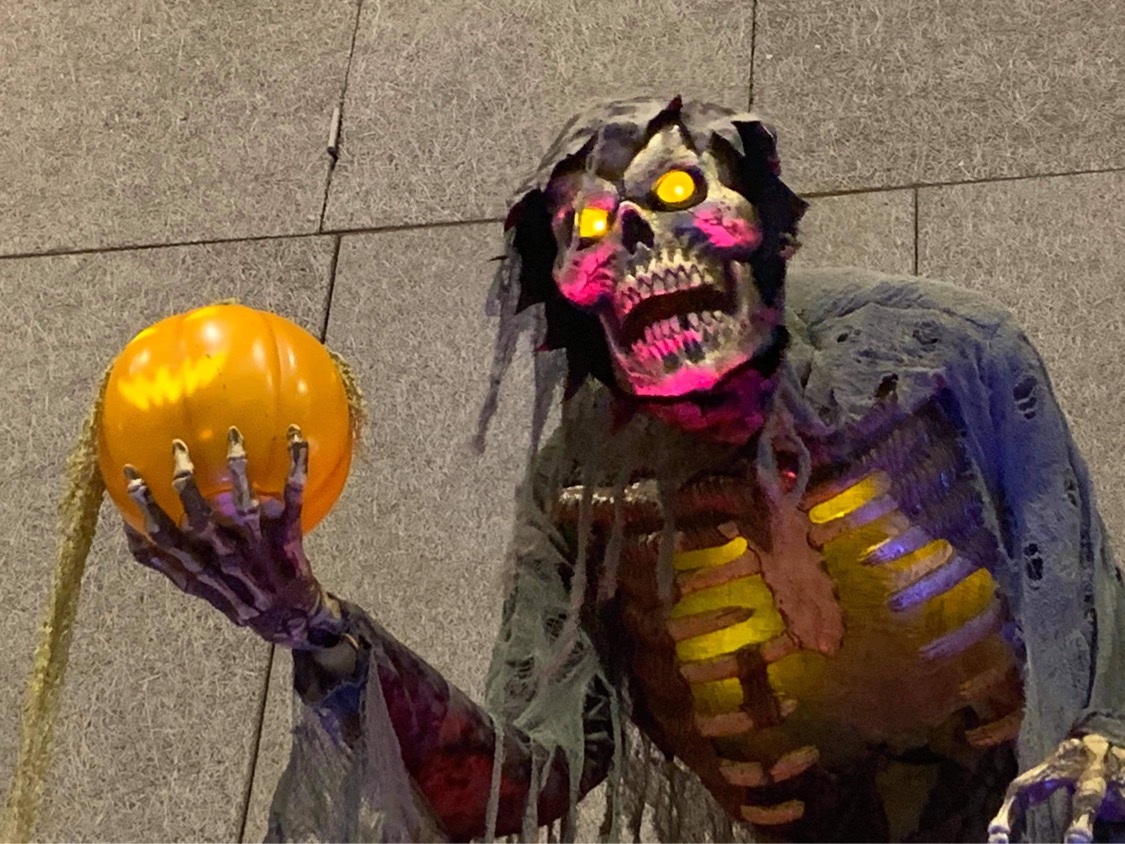 Morris Costumes has done it again! This time they have taken the creepy reaper prop we have come to love and combined him with a talking pumpkin! Man, this might just be my favorite new prop for Halloween 2021. The Jack Stalker prop was just unveiled at TransWorld over the weekend.

If you haven’t seen Jack Stalker, please check out the video below!

Pumpkin: I love a dark, dismal night.
Jack Stalker:The bitter winds make your bones crack
Pumpkin: And our fiendish friends crawl out from their hiding places to terrorize new victims
Jack Stalker: Yes, their panicked howls can be heard over the darkened hills.
Pumpkin: Drawing even more creatures to them with their cries of pain and fear.
Jack Stalker: Ah, Such wonderful times
Pumpkin: I wouldn’t have it any other way. Ha ha ha ha ha!

The pumpkin is genius and is powered by an inner projection light. And as always, I’m impressed that Jack Stalker’s mouth moves when he talks. Morris Costumes even made a variant prop called Prowler Jack that is slightly different. The only difference is that the Prowler Jack is wearing a cloak like a traditional reaper. The Jack Stalker prop is wearing pants.

The Jack Stalker/Prowler Jack will likely retail in the $349 to $399 range depending on where you find him.

Please check back soon! There are a lot of cool things coming down the pipe for Halloween 2021 and you aren’t going to want to miss out!