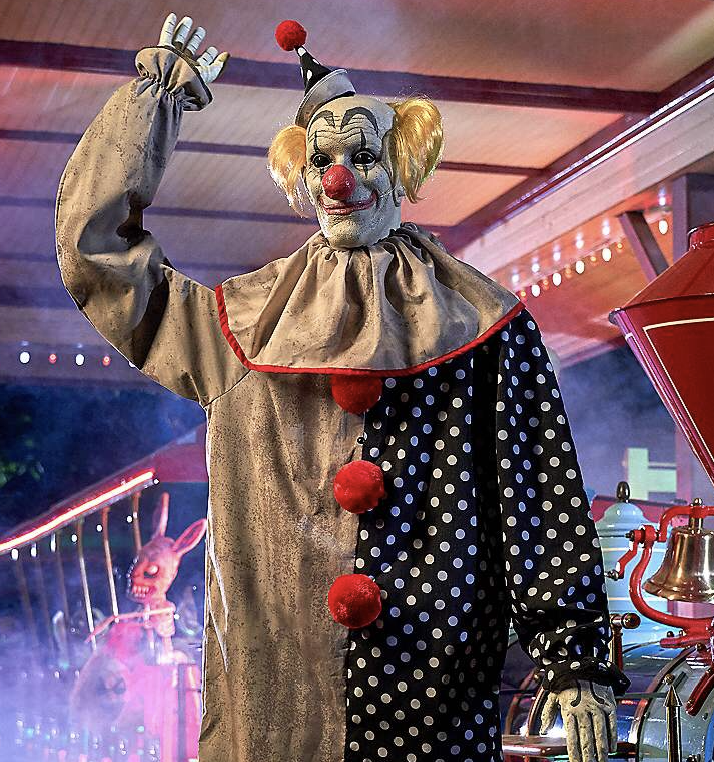 When it comes to clown animatronics I’m usually the first in line telling Spirit Halloween to take my money. I have probably a dozen clown props in my collection that will produce get displayed during my Halloween party every year. When I first saw Waving Wally a month ago I was intrigued but I wasn’t sold. A waving clown isn’t as creepy as some others that Spirit Halloween has rolled out for Halloween 2019. If you aren’t familiar with Wally here he is. 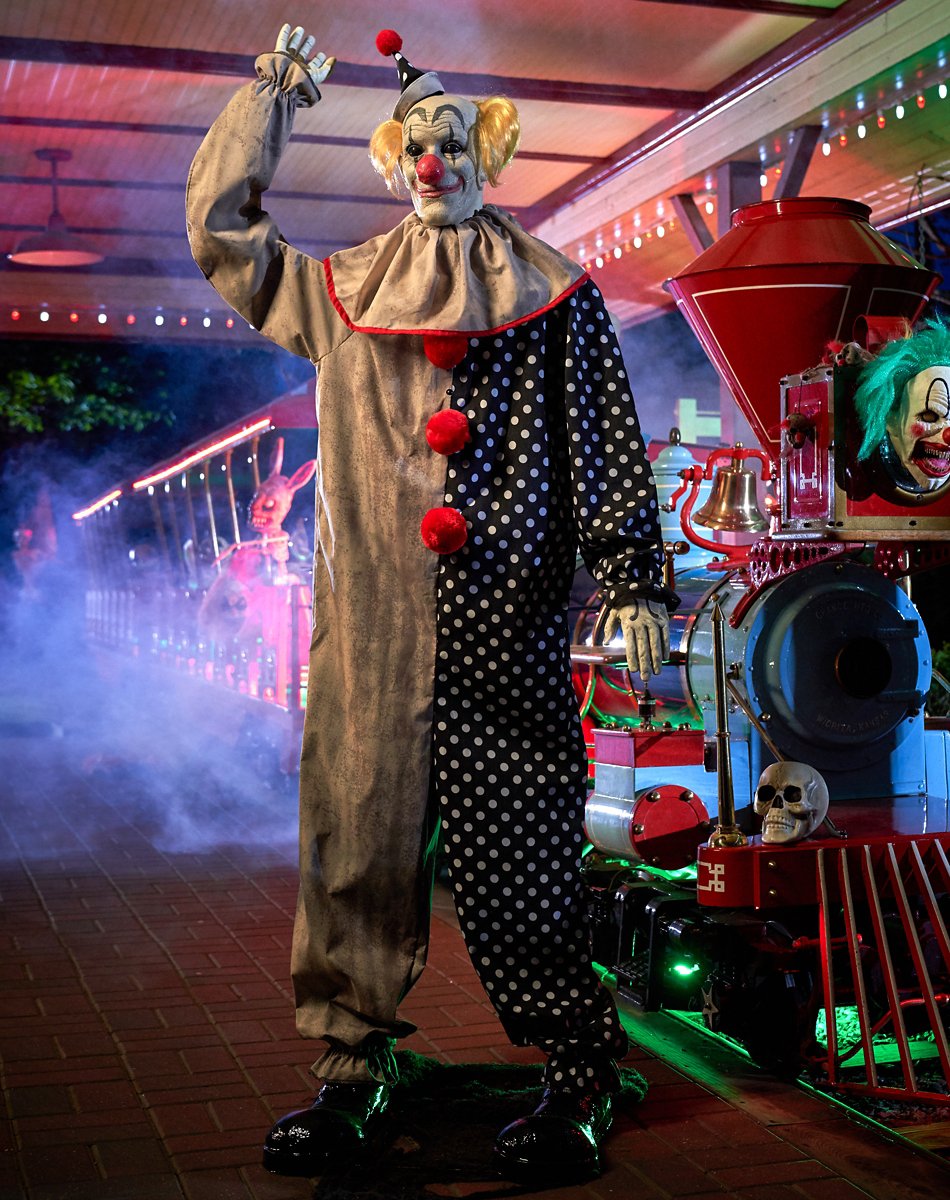 Being the circus greeter for years, Waving Wally looks like a friendly clown, but you b… [More]

When activated Wally’s eyes light up and he begins to wave his right hand back and forth as he says the following phrases.

“Everybody has good childhood memories of the carnival. Follow me, I promise we will give you some new memories you will never forget.”

“You look like a natural or our freak show. If you need a job, I’ll introduce you to the boss, but, uh, all applicants must be dead. That’s not a problem, is it?”

Wally stands six feet and weighs just under 15 pounds and is deceptively tall. When I first saw him I was taken aback at just how tall he was. I had seen that Wally was six feet tall but I guess I suspected he would be a little smaller.

Like I mentioned above, when activated Wally waves his hand back and forth. It’s not very menacing but it sure is creepy. Sometimes less is more and Wally is very well done. I like the way they his nose lights up when he is activated. It’s a nice little touch I wasn’t suspecting.

My only complaint is that Wally’s mouth doesn’t move when he speaks. It’s a minor complaint because if he is setting out when it is dark you won’t really be able to see his mouth very well anyway.

With the sequel to “It” coming out in September Spirit Halloween is striking while the iron is hot this year with their assortment of clown animatronics. A month ago they introduced “Crouchy” who is seven feet tall.

Spirit Halloween is on a roll so far this year. Be sure to check out our Animatronic Halloween Store to see what’s new for 2019!

Please vote in our poll and let us know what you think.