New For 2021: King of the Underworld From Home Depot 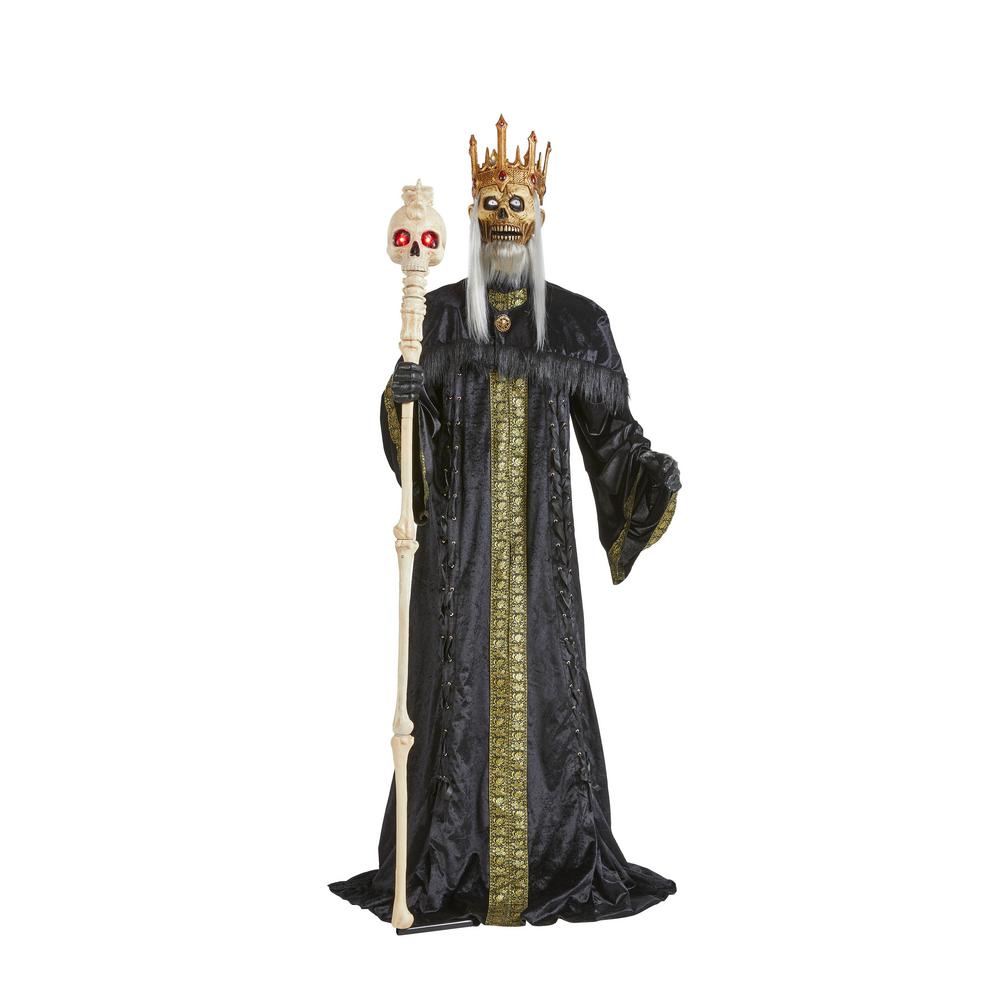 Home Depot keeps churning out the hits this year with their 2021 Halloween collection. If you haven’t seen the King of the Underworld animatronic, you definitely need to check him out. Please see the video below to get a closer look!

Dare guests to enter your supernatural gathering with this King of the Underworld animatronic. A light-up orb casts a spine-tingling glow, lighting up Death’s visage to inspire shrieks and screams. LED eyes create a piercing stare, and the moving mouth seemingly beckons unsuspecting souls. This ghastly guardian of the underworld features a moving torso for a haunting appearance. Featuring a plug-in design, this King of the Underworld animatronic is easy to set up in your living room, hallway or foyer.

When activated the King of the Underworld’s LED lights light up and begins to move side to side. As he surveys his undead kingdom his mouth moves as he begins to utter several different creepy phrases including:

Bow down you petulant guttersnipe!

At $199.99 the King of the Underworld isn’t the most expensive prop I’ve seen. It’s actually quite affordable when you compare him to the Ferry of the Dead animatronic from Home Depot.

Continue to check back in with us! There are even more cooler things on the way that you don’t want to miss out on.