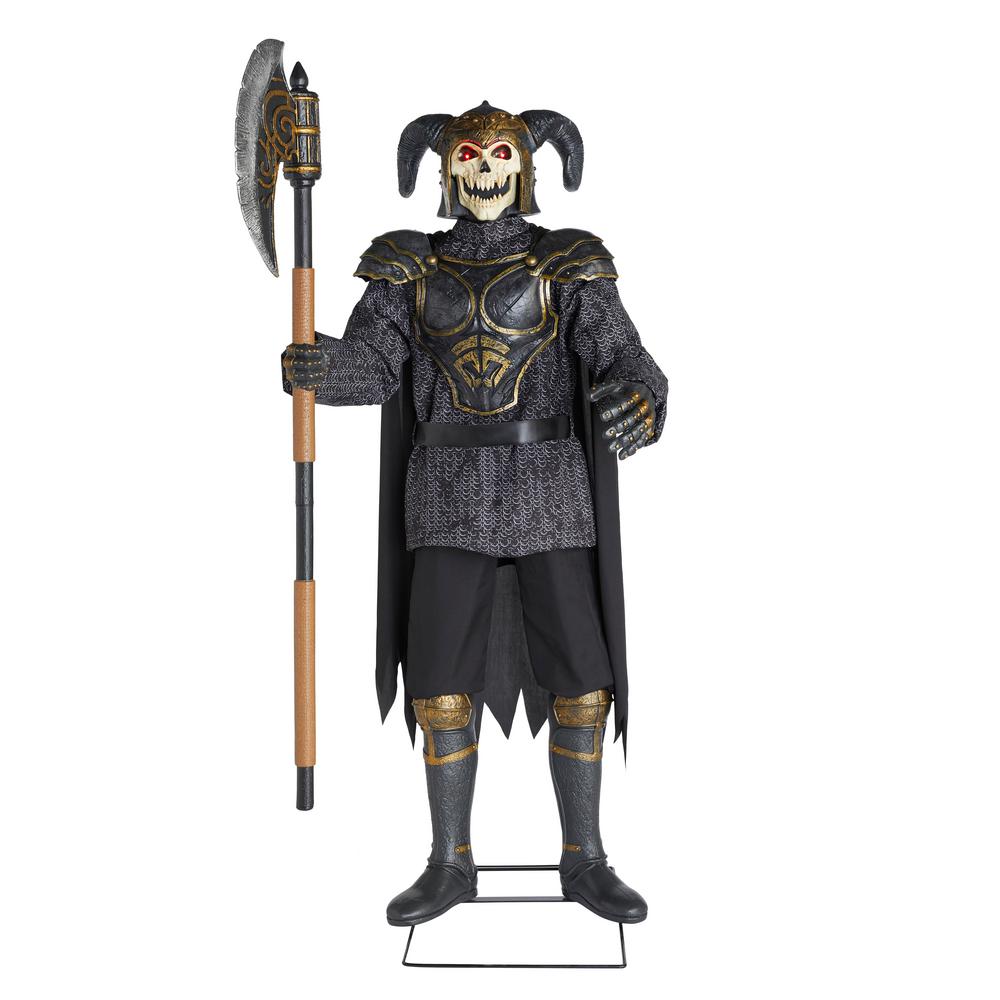 Home Depot has done a tremendous job this year with the 2021 lineup of Halloween props. One of the coolest ones I’ve seen is the Grave Warrior. This undead bezerker is pretty fierce looking and appears to not take any crap from anyone! If you haven’t seen the Grave Warrior, please check out the video below!

The Grave Warrior is made by Home Accents. When activated the eerie six foot tall solider from the underworld begins turning from side to side to look for his next victim. His eyes also glow red and his mouth moves as he says several different phrases like:

“I hunt these lands in search of a challenging battle and some hard-fought glory!”

At $179.99 the Grave Warrior is not that expensive and he could complete the ensemble if you have the King and Queen of the Underworld. The only problem is that I would want to own more than one!

Halloween will be here before you know it. Please check back because you don’t want to miss any of the really cool props that are rolling out daily!