Spirit Halloween put out a teaser on Wednesday about something ferocious on Youtube. Many wondered if what animatronic prop would be and speculation was all over the place online. Here’s the teaser so you can it for yourself.

Today Spirit ended the suspense by putting the 6′ Limb Ripper Werewolf up for sale on their site.

The prop is very similar to the Lunging Werewolf that came out a few years ago but instead of jumping out at you the Limb Ripper growls and move from side to side. The 6′ Limb Ripper came out in 2012 but had been retired for a few years as other animated props were introduced.

The Limb Ripper will likely be big hit this year and I will think about adding him to my collection. I already own the Lunging Werewolf but I bet they would look pretty cool together at my Halloween party in October. I plan on checking him out when the big box Spirit stores start opening up in a few months.

According to Spirit Halloween the prop is in stock but won’t ship until late July. The prop runs on AA batteries or can be plugged into the wall. He comes with a “Step Here” pad that is standard with most props but can also go off a sensor to scare trick or treaters or guests at your Halloween party. The Limb Ripper will need to be assembled and weighs just over 15 pounds. He stands just over 6′ tall. 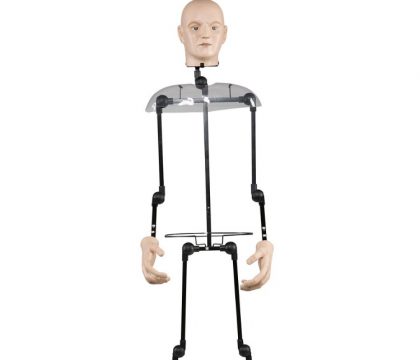 Spirit Halloween Makes It Easy To Build Your Own Halloween Props