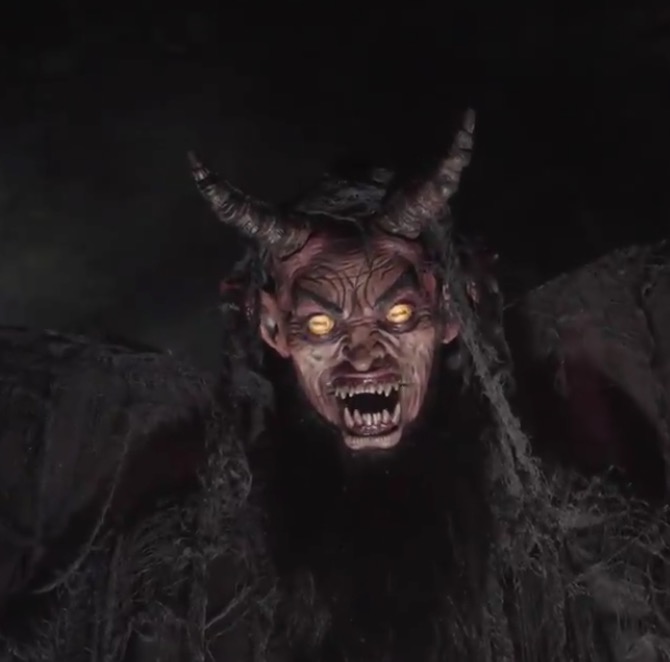 Spirit Halloween stores will be opening in the next few weeks. They have also been releasing their new animated props on their website the past two months so we know what to expect when the stores finally open. We’ve seen the new items and have ranked them one through ten so you know what to get when you visit their stores in the coming weeks.

I have to be upfront here. I do not like The Nightmare Before Christmas. I know lots of other people do and it probably makes me a very bad person but that’s how I feel. With that being said, I know a lot of other people love the Tim Burton film and would love to have their very own Jack Skellington animated prop to put in their home for Halloween. For that reason alone I included it in the top ten.

This one isn’t exactly an animated prop but it’s such a good idea that Spirit Halloween gets a pass with this one. I do have concerns about paying $100 for a metal base with a head that you can make our own but I’m guilty of buying cheap props just so I can make them into something else.

I like the idea of a zombie being electrocuted and stuck to a fence. I think it’s a really good idea that a lot of people will enjoy this Halloween. The reason I don’t have it ranked higher is the fact that I don’t have a chain link fence anywhere near my house so the prop will look completely out of place if I stick it anywhere in my backyard. This prop will work for a lot of people but I won’t be able to do anything with it.

Spirit Halloween tapped into the zombie and toxic waste haunts but putting out the Hazmat Zombie. The prop will work for either theme and will no doubt be a big seller this year.

When I heard that Spirit Halloween was doing a spooky tree animatronic I rolled my eyes. I’ve seen a few animated tree props in recent years and they always underwhelm and look really cheesy. This year Spirit Halloween got it right and the Deadly Roots prop actually looks like, well, a real tree. If I put a tree animated prop out I want people to walk by it and then have it start talking to them. That’s what Deadly Roots does that I really like.

When I think about animatronic Halloween props I generally think of zombies, witches or clowns. I like this prop and thought it was a really good, original idea for a Halloween prop that hasn’t been done before. But when I showed it to my wife she told me it was her favorite prop of the year. With her endorsement I had to put it a little higher on the list than I originally had planned. It’s easy to get stuck in the rut of thinking about things I really like but not everyone has the same tastes I do. That’s why the Fogging Basement Doors get bumped into the Top 5.

The Limb Ripper might be a little higher on the list but we’ve seen several variations of the werewolf come out over the past few years and they all are very similar. Don’t get me wrong, the Limb Ripper is a great prop but if you are looking for something original that jumps out at you literally and figuratively there are a few better options.

I’m not big on alien haunts and find them cheesy. But Area 31 looks like a real freakin’ alien that you can put in your man cave! The only downside with the prop is you really need a fog machine to make him look like he’s alive.

My God, this guy looks fierce. When I first saw the Forest Demon and stopped what I was doing and took my wife my phone so I could show her how cool the prop looked. That’s the only time I’ve ever done that. The Forest Demon will set you back $250 but from what I’ve seen he’s well worth it.

The 7′ Creepy Evil Clown is the best prop I’ve seen this year. It checks all the boxes that I look at when consider buying a prop. Big, check. Clown, check. Creepy, check. Realistic, check. I always do a clown tent/big top haunt in my yard and this guy will fit in perfectly on Halloween. If you are a fan big, nasty scary clowns this guy is a no-brainer to add to your collection to scare your friends and family this year.